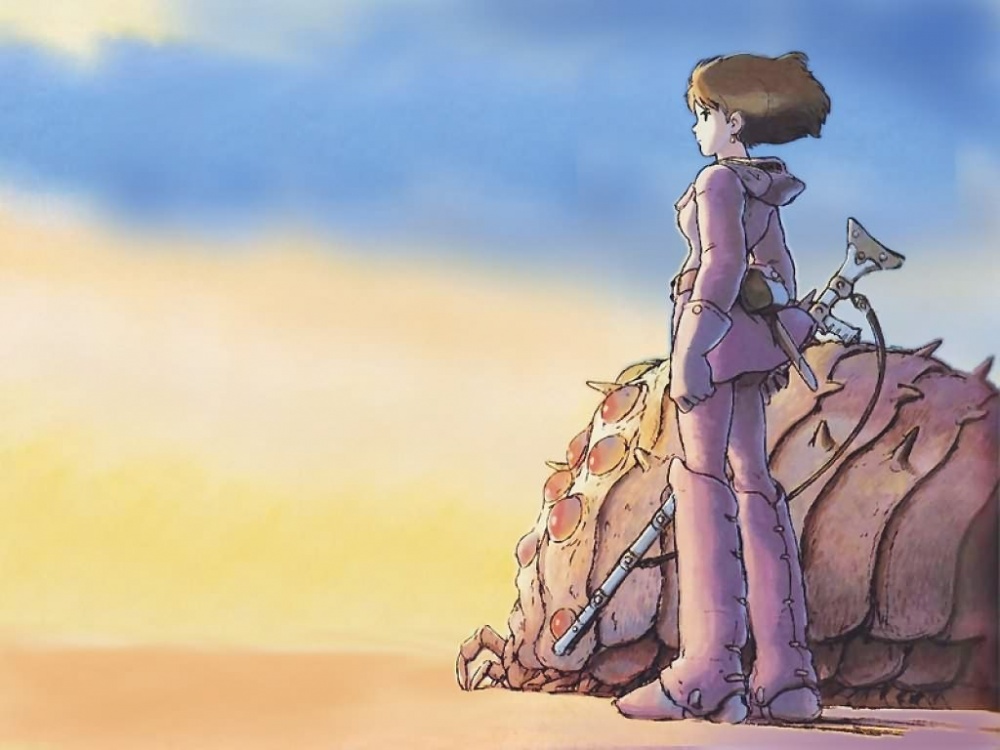 MIYAZAKI AT THE MODERN: MASTERPIECES OF ANIMATION presents Nausicaä of the Valley of the Wind (Hayao Miyazaki, 1984, 116 minutes, English)
TICKETS AVAILABLE HERE

The debut film from Hayao Miyazaki, NAUSICAÄ, is considered by many to be his masterwork—and there are few films, animated or otherwise, of such sweeping scope and grandeur. Set in a devastated future world decimated by atmospheric poisons and swarming with gigantic insects, NAUSICAÄ is the story of a young princess, both brave and innocent, whose love for all living things and passionate determination to understand the processes of nature lead her into terrible danger, sacrifice, and eventual triumph.

Dr. Gossin studies the interdisciplinary interrelations of literature, history, and science, especially astronomy and cosmology, from the ancient world through the Scientific Revolution to the present. Dr. Gossin is an active member of the Advisory Board of Mechademia, the world's first academic journal devoted to the study of anime and manga. Along with Dr. Marc Hairston, Dr. Gossin teaches a lecture course at the University of Texas at Dallas titled “Fantasy and Science Fiction: The Anime Fantasy of Hayao Miyazaki.”

FESTIVAL EVENT
Guests are invited for traditional Japanese refreshments (Taiyaki and green tea punch) in the Grand Lobby following the screening. Stop by the Modern Shop and peruse a wide selection of Totoro merchandise, manga books, and anime costumes.