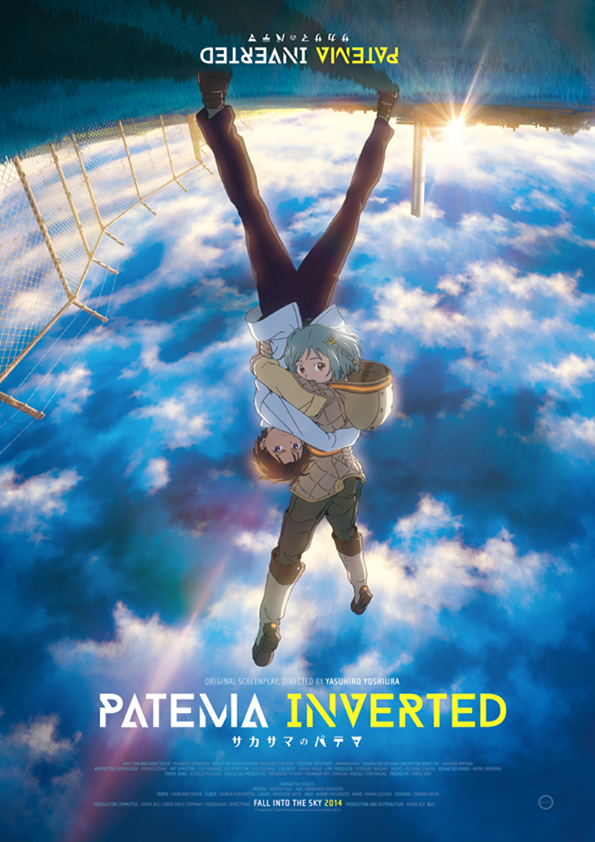 An overlooked gem, Patema Inverted (2014) is the perfect fantasy fable for our divided times. Patema is a young girl living in a steampunk underground world wondering about a rumored surface world. Age is a boy living on the surface in an authoritarian society with legends of sinners who were snatched up into the sky. When Patema finds her way to the surface world and meets Age, their worlds and their worldviews collide, starting with the key question “which way is up?” Special guest speaker Dr. Marc Hairston, Professor of Science at the University of Texas at Dallas, will introduce and discuss the film.

Screenings will be held in the Modern’s auditorium. Tickets are $10, $8 for Modern members, $7 for Modern Reel People members. Tickets go on sale Tuesday, August 3. Tickets may be purchased in advance online or by visiting the museum’s admission desk.
Films are curated and introduced by Dr. Marc Hairston.