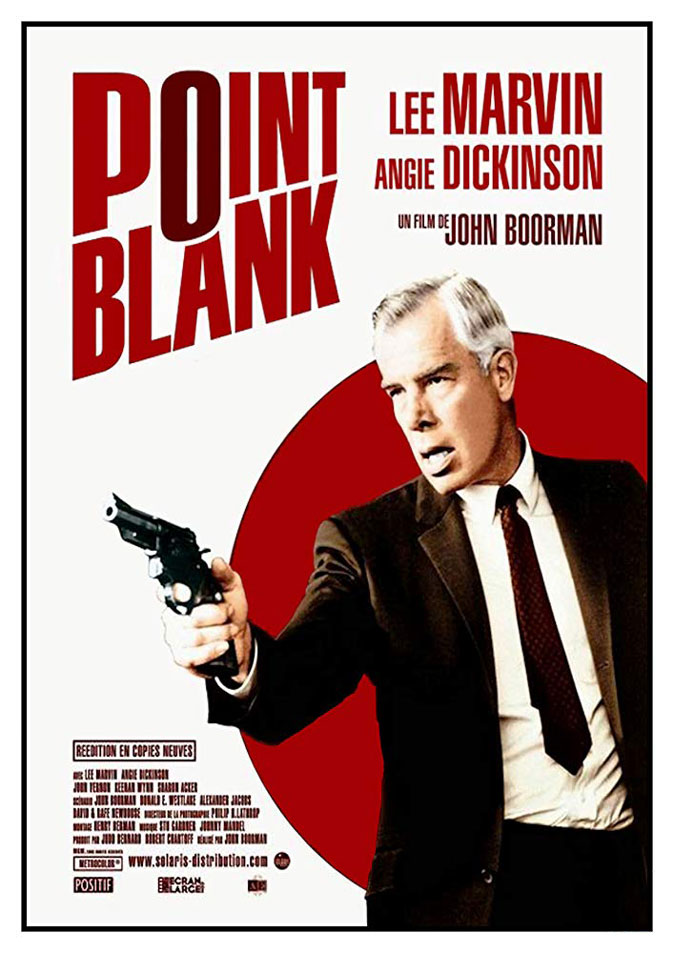 What makes Point Blank so extraordinary, however, is not its departures from genre conventions, but Boorman’s virtuoso use of such unconventional avant-garde stylistics to saturate the proceedings with a classical noir mood of existential torpor and romanticized fatalism. Nick Schager, Slant, July 24, 2003

Artist Stephen Lapthisophon returns to introduces Point Blank, a 1967 film directed by John Boorman, a Los Angeles Noir with Nouvelle Vague influences. Walker (Lee Marvin) was betrayed by his wife and best friend, played by Angie Dickinson and John Vernon, and manages revenge when he leaves prison, but he also encounters absurdity and chaos. Jonathan Rosenbaum writes for the Chicago Reader, “Boorman's treatment of cold violence and colder technology has lots of irony and visual flash — the way objects are often substituted for people is especially brilliant, while the influence of pop art makes for some lively 'Scope compositions — and the Resnais-like experiments with time and editing are still fresh and inventive.”