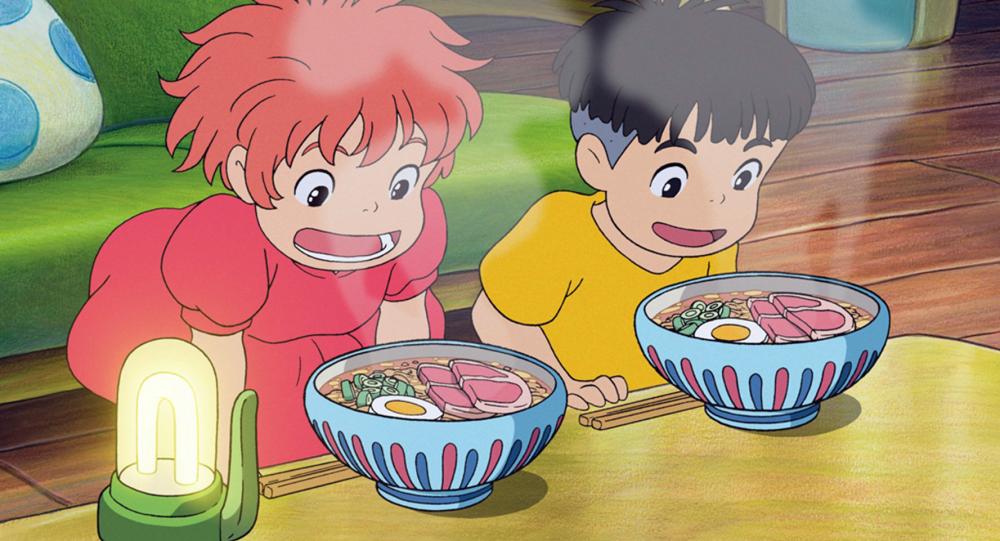 Ponyo is Hayao Miyazaki's reimagining of The Little Mermaid and a tribute to his son, Goro Miyazaki. Ponyo is the "fish-girl" daughter of an undersea magician who longs to live on the land. She escapes to the land and meets a five-year-old boy named Sosuke. But Ponyo's transformation into a human girl upsets the balance between the real and the magical worlds, and only the love of these two five-year-olds can set things right.