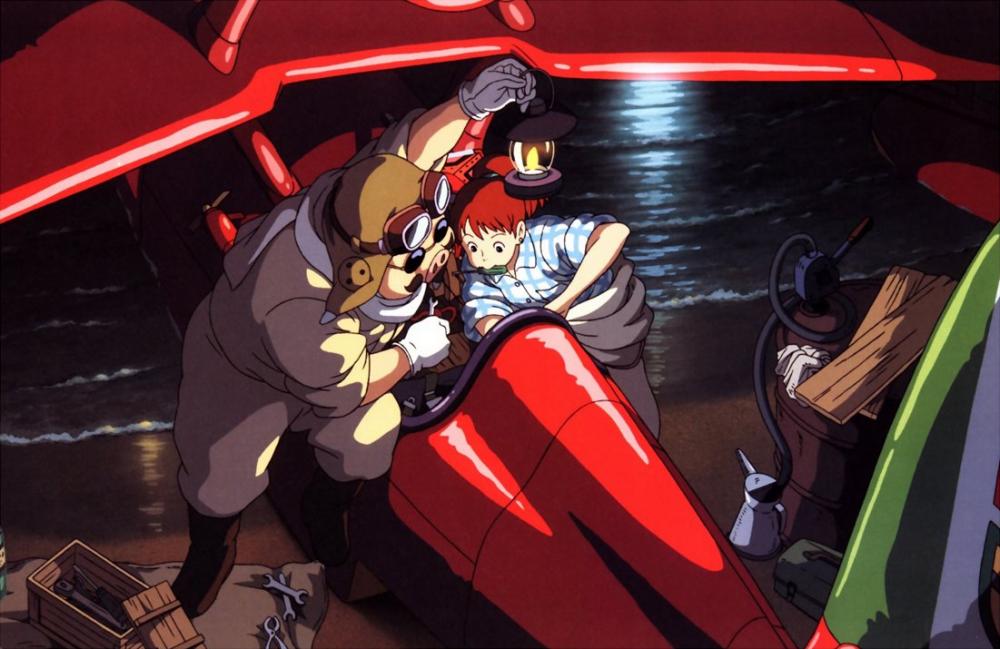 Miyazaki frequently caricatures himself as a pig, and the flying pig Porco is perhaps the closest thing to a self-portrait in any of his films. Set in the Adriatic Sea in the 1930s, this former Italian World War I pilot is now a cynical, middle-aged free agent chasing air pirates for the bounties. But his Bogart-like "I stick my neck out for no one" attitude is challenged when he has to help the idealistic daughter of an old friend and defend the honor of an old flame against an upstart American pilot.