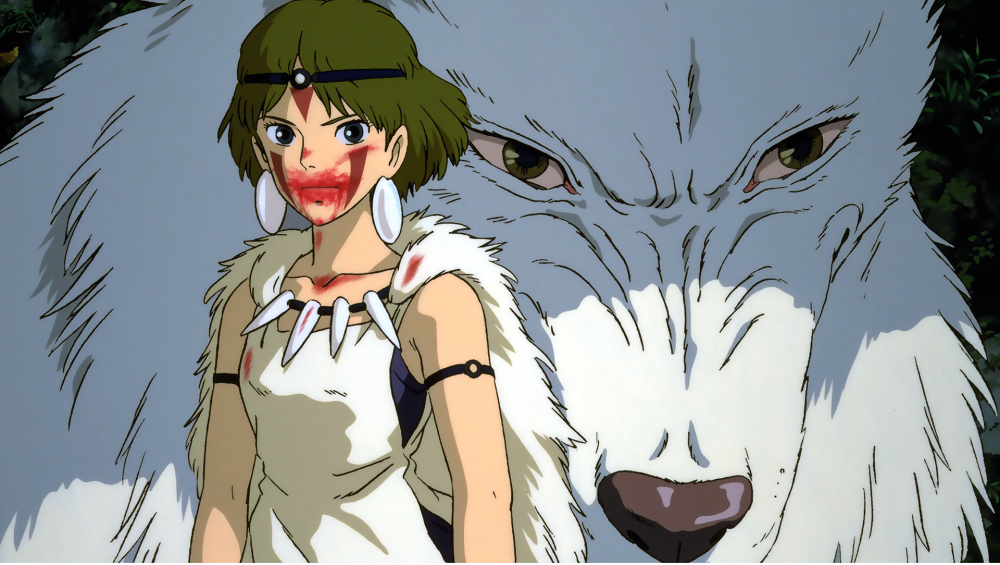 PRINCESS MONONOKE is a landmark of animation and a film of unsurpassed power and beauty. An epic story of conflict between humans, gods, and nature, the film has been universally acclaimed by critics and broke the box office record upon its original release in Japan.

While defending his village from a demonic boar-god, the young warrior Ashitaka becomes afflicted with a curse that grants him superhuman power in battle but will eventually take his life. Traveling west to find a cure or meet his destiny, he journeys deep into sacred depths of the Great Forest where he meets San (Princess Mononoke), a girl raised by wolf-gods who is waging battle against the human outpost of Iron Town, on the edge of the forest. The girl Mononoke is a force of nature—with blood-smeared lips, riding bareback on a great white wolf, and doing battle with both gods and humans, she is as iconic a figure as any from film, literature, or opera.

The Lone Star Film Society’s ArthouseFW Society joins the Modern Art Museum of Fort Worth in celebrating the art of ,Japanese film director,animator, mangaka, illustrator, producer, and screenwriter Hayao Miyazaki. Throughout a career that has spanned six decades, Miyazaki has attained international acclaim as a masterful storyteller and brilliant creator of animefeature films. Along with Isao Takahata, he co-founded Studio Ghibli, the famed Japanese film and animation studio. The success of Miyazaki's films has invited comparisons with American animator Walt Disney, British animatorNick Park, and American director Steven Spielberg. He is considered one of the most popular and influential animators in the history of cinema.

Screenings will be held in the Modern’s auditorium. Tickets are $9, $8 for Modern members, $6 for Lone Star members and Modern Reel People, and $5 for children under 12. Tickets may be purchased in advance athttp://lonestarfilmsociety.com/ or by calling the Modern at 817.738.9215.