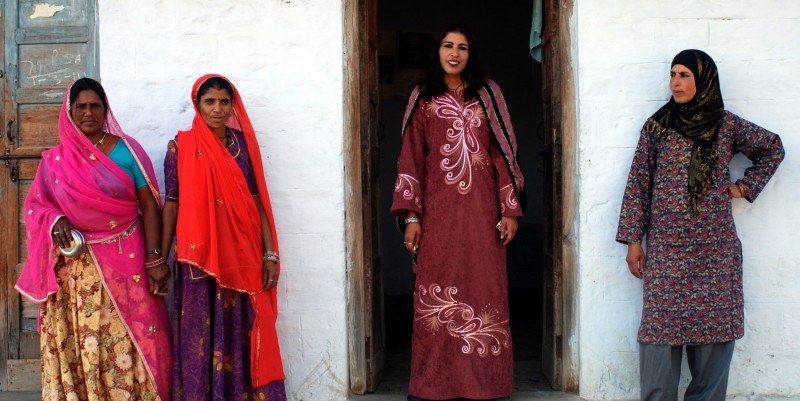 Presented by the City of Fort Worth Human Relations Commission in partnership with the Modern and the Fort Worth Public Library, Movies That Matter is a free, quarterly film series highlighting different human rights issues. Screenings are followed by a moderated discussion. Admission is free, but seating is limited. For more information, call 817.392.7525.

Solar Mamas – 2012, NR, 58 minutes. Rafea is the second wife of a Bedouin. She wants a better life for herself and her children and has been given the opportunity to attend the Barefoot College which takes uneducated middle-aged women from poor communities and trains them to become solar engineers so they can create power and jobs in their communities. This film follows Rafea, who along with 27 other women from all over the world – all from poor backgrounds and mostly illiterate, have left their families and homes to learn about electrical components and soldering. The Barefoot college focuses on women because as founder Bunker Roy explains, women are more likely to stay in their communities once they’ve trained. Unlike men, who’ll take their new knowledge and leave for the big cities, the women will return to their families and homes, bringing their new skills back to share. But traditional family ties make it hard for some, particularly Rafea,  to continue their studies.  Her husband wants her home and threatens to take everything away from her – including her children -- unless she returns.