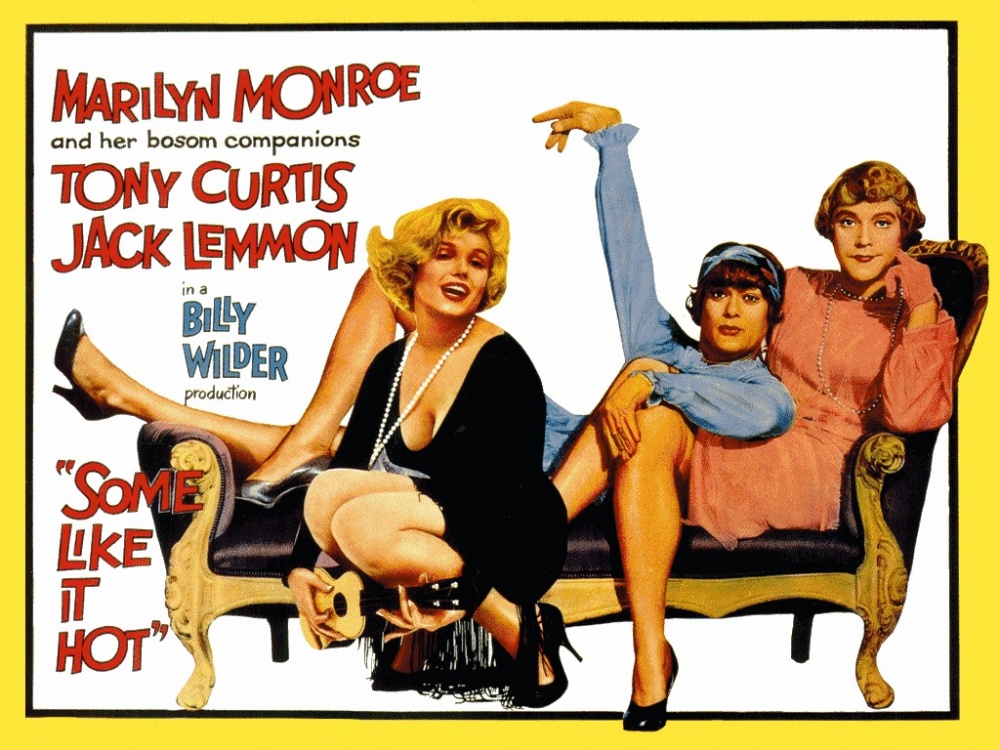 Bring your special someone out for a romantic evening at the Modern Art Museum of Fort Worth, beginning with a 3-Course Valentine's Day dinner and cocktails at Café Modern, followed by a romantic film in our auditorium.

“Wilder's 1959 comedy is one of the enduring treasures of the movies, a film of inspiration and meticulous craft, a movie that's about nothing but sex and yet pretends it's about crime and greed. When sincere emotion strikes these characters, it blindsides them: Curtis thinks he wants only sex, Monroe thinks she wants only money, and they are as astonished as delighted to find they want only each other." -Roger Ebert

Nominated for six Academy Awards, Some Like It Hot is the quintessential madcap farce, and one of the greatest of all film comedies. Starring the legendary Marilyn Monroe in a signature performance, Some Like It Hot also stars Jack Lemmon and Tony Curtis as hapless musicians who accidentally witness a Mafia murder and must disguise themselves as women, join an all-girl band, and hop a train for Florida in the hope of anonymity.

In 2000, Some Like It Hot was voted by the American Film Institute as #1 on its list of the 100 Funniest Movies.

Admission is FREE. Tickets are required to assure seating; they are available at the information desk beginning at 10 am on February 14.