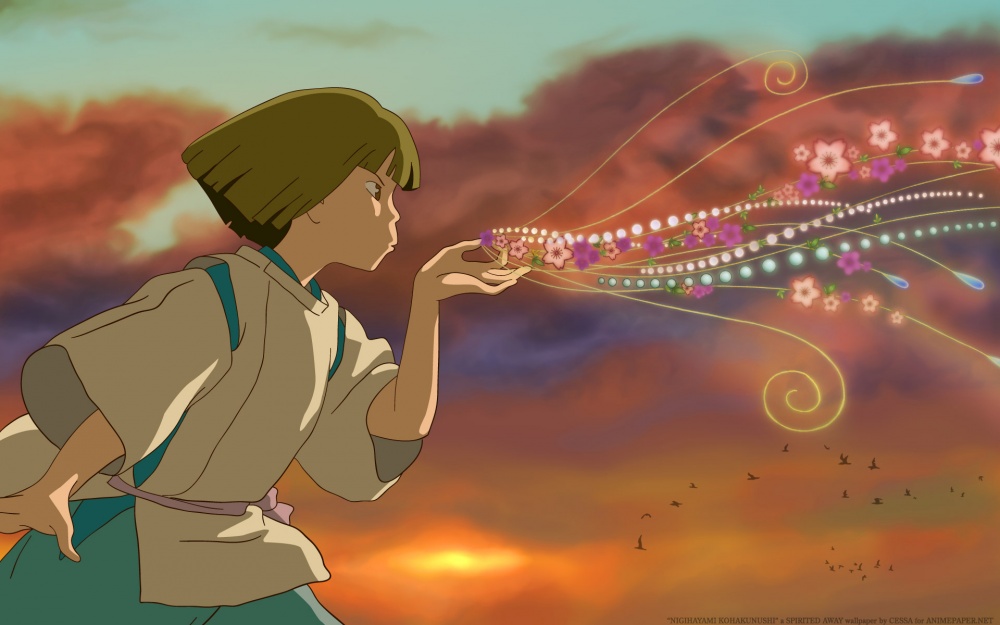 Miyazaki’s Academy Award-winning masterpiece SPIRITED AWAY was the biggest box office hit of all time in Japan and a film that helped redefine the possibilities of animation for American audiences and a generation of new filmmakers.

Wandering through an abandoned carnival site, ten-year-old Chichiro is separated from her parents and stumbles into a dream-like spirit world where she is put to work in a bathhouse for the gods, a place where all kinds of nonhuman beings come to refresh, relax, and recharge. Here she encounters a vast menagerie of impossibly inventive characters—shape-shifting phantoms and spirits, some friendly, some less so—and must find the inner strength to outsmart her captors and return to her family. Combining Japanese mythology with Through the Looking Glass-type whimsy, SPIRITED AWAY cemented Miyazaki’s reputation as an icon of inspired animation and wondrous, lyrical storytelling.