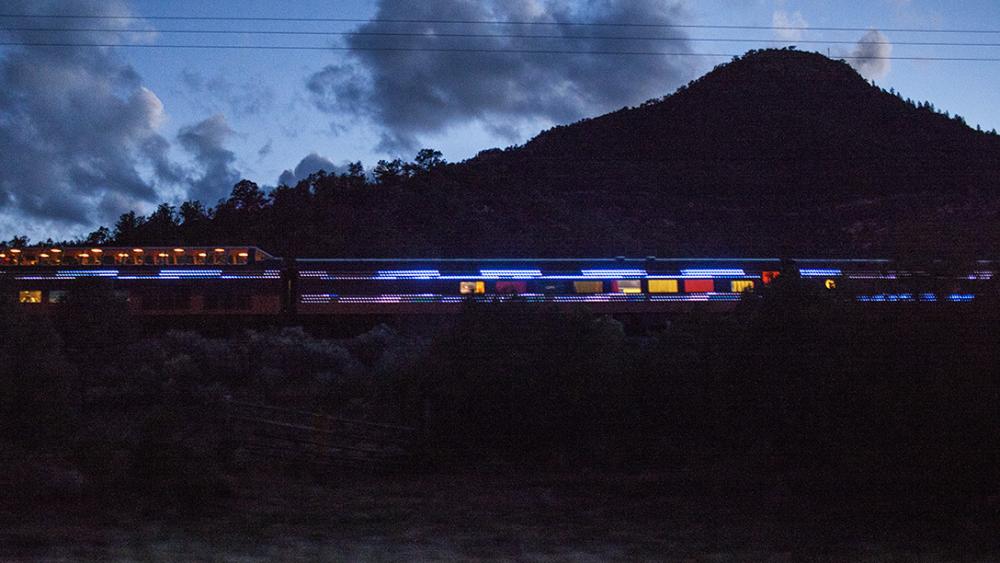 Nine vintage train cars, strewn with multicolored LEDs, zoomed cross-country, filled with a rotating cast of contemporary artists and musicians, including Beck, Patti Smith, Ed Ruscha, William Eggleston, Cat Power, Thurston Moore and Mark Bradford. . . . Along the way, Aitken shot and directed a feature film that's not so much a documentary of the project as it is an offshoot of it. Deborah Vankin, Los Angeles Times, August 19, 2015

Station to Station is a living project exploring modern creativity. The project first crossed North America by train, from the Atlantic to the Pacific, over 23 days in September 2013. Over the course of the journey, a constantly changing group of creative contributors joined and took part in ten events in major cities and off-the-grid locations. What began as a train journey evolved into a platform for non-commercial creativity and cross-collaboration between different mediums.

The book Station to Station features more than 200 full-color images and numerous conversations documenting the train’s journey from coast to coast. Published by DelMonico Books, it is currently available in the Modern Shop.