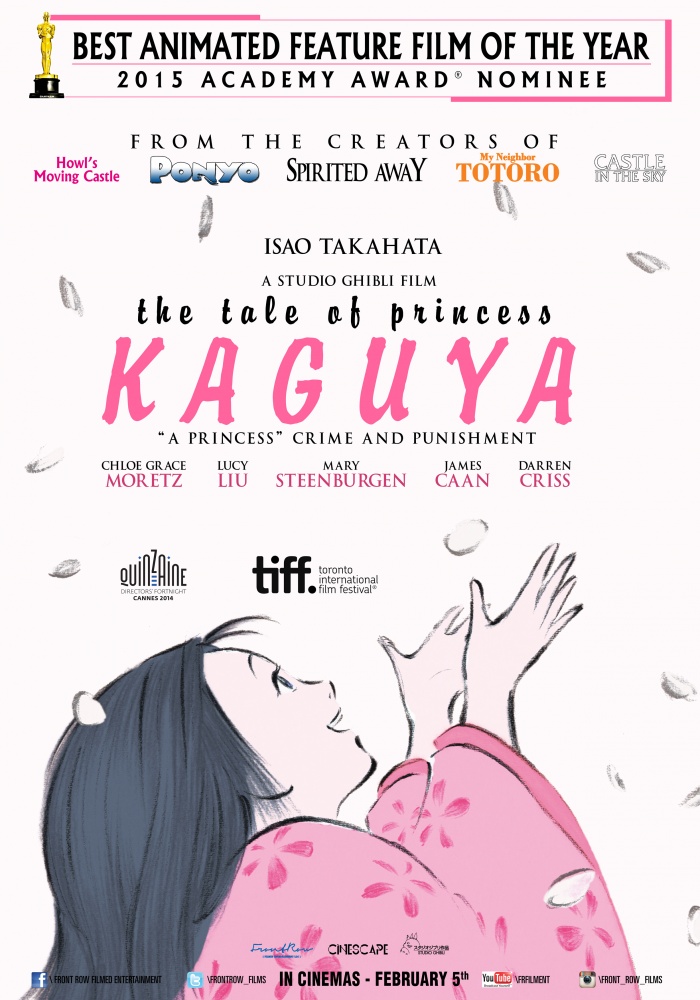 THE TALE OF THE PRINCESS KAGUYA (Isao Takahata, 2013)

A tiny nymph found inside a bamboo stalk grows into a beautiful and desirable young woman who orders her suitors to prove their love by completing a series of near-impossible tasks.