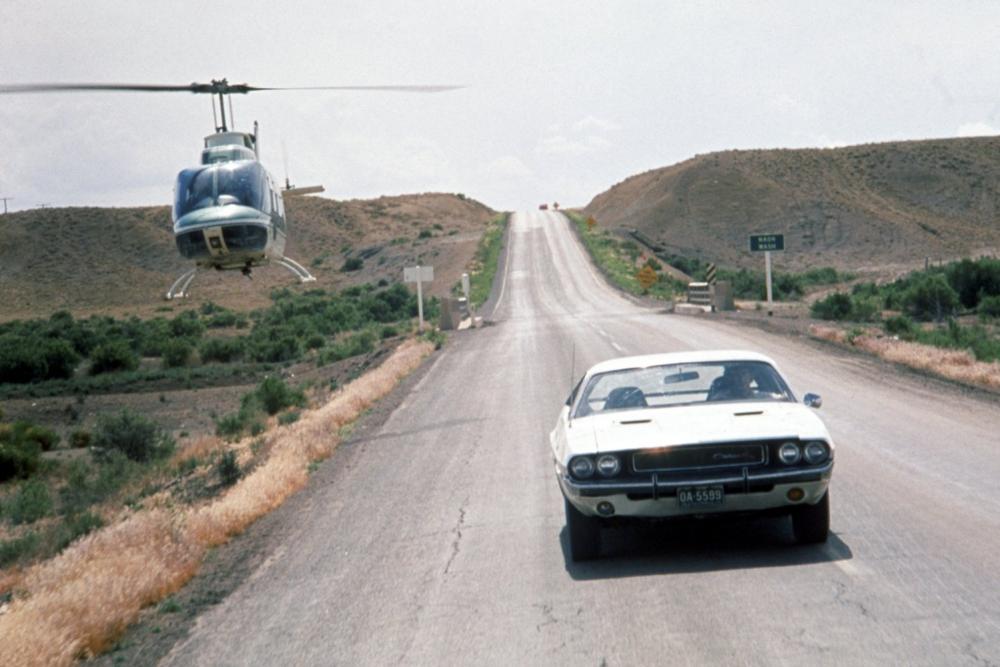 To me, the “vanishing point” means just because you can’t see something doesn’t mean it isn’t there. Richard Sarafian

Vanishing Point is an existential American road film written by the Cuban novelist and screenwriter Guillermo Cabrera Infante and directed by Richard Sarafian. Cabrera Infante is said to have been inspired by reading Jack Kerouac’s classic, On the Road. The film is notable for its scenic locations across the American Southwest as well as its social commentary on a post-Woodstock climate in the United States. Described as a drug-fueled car chase through the Nevada desert, Sarafian relayed in an interview with Turner Classic Movies that “the beauty of Vanishing Point was that I met the challenge to physicalize speed.”

As director of this and other notable films, Sarafian is considered a cult figure who influenced the likes of Quentin Tarantino, with Tarantino paying tribute to this film in Death Proof by incorporating the “Vanishing Point car” sequence.