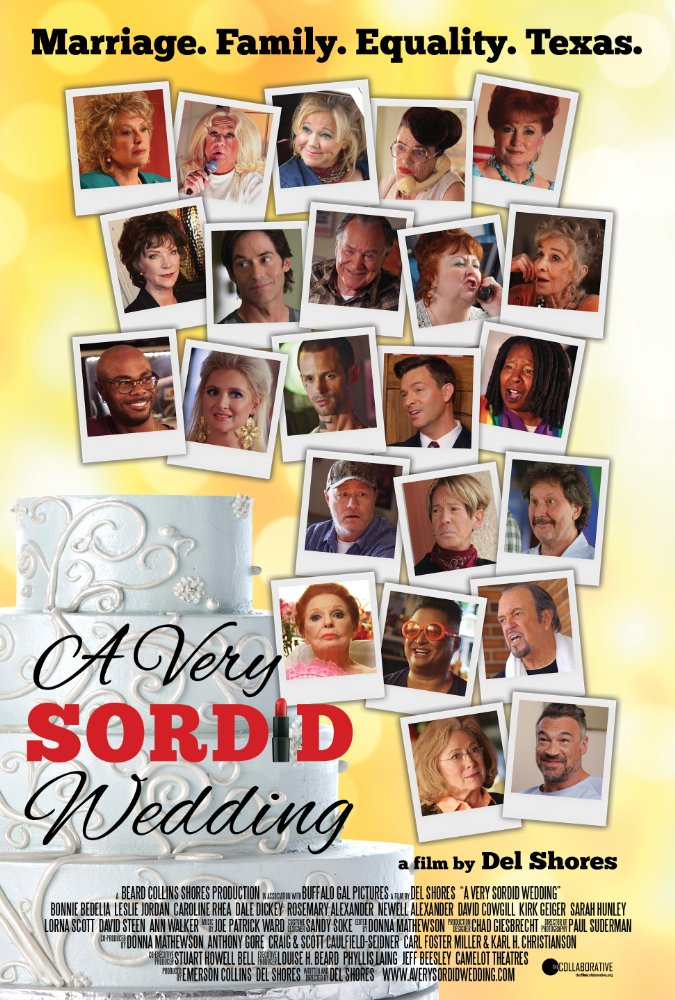 SORDID LIVES, the cult hit phenomenon by Del Shores, returns with a SEQUEL!

Sordid Lives, by Del Shores hit the big screen in 2000 and became a huge cult hit phenomenon with its hilarious and authentic exploration of the antics of the residents of Winters, TX.  The film was followed by Sordid Lives: The Series, a prequel for LOGO.  Now, after years of fans asking for a follow up with these beloved characters, Del Shores has written a sequel, the final chapter in the Sordid Lives saga - A Very Sordid Wedding.
The original film explored the coming out story and how conservative southern families deal with gay family members.  The sequel picks up 16 years later and continues the comedic exploration of important issues by addressing marriage equality.  The characters audiences fell so in love with have all moved forward to new places, some good, some ridiculous, and as always with this colorful cast - very entertaining.