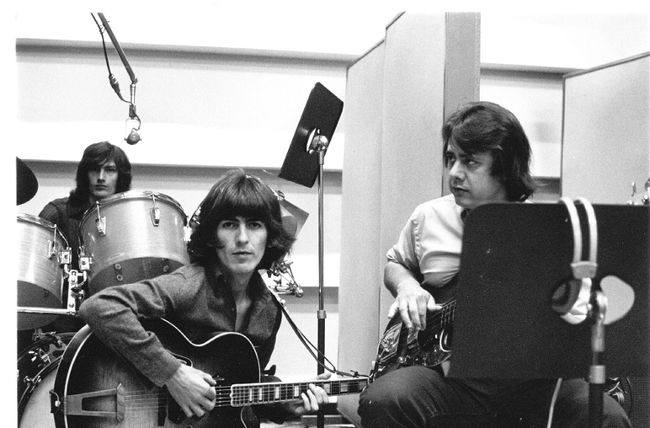 Wrecking Crew bass guitar, Joe Osborne, and guitarist Mike Deasy
will attend and host a Q&A on Friday, April 10 at  the 6 and 8 pm screenings.

“A treasure trove of witness-at-creation anecdotes and enduringly potent '60s pop classics, The Wrecking Crew is a well-nigh irresistible treat for aficionados of music from the era when acts like the Beach Boys, the Association and the Monkees were topping the charts.” Joe Leydon, Variety. Denny Tedesco’s documentary is a celebration of the musical work of a group of session musicians known as "The Wrecking Crew," a band that provided back-up instrumentals to such legendary recording artists as Frank Sinatra, The Beach Boys, and Bing Crosby.

Joe Osborne: “Where many bassists strive to have that one hit song, Joe Osborne has more chart-topping records than he can even keep track of. His signature tone – achieved with flatwound strings and a pick – underpins an overwhelming number of pop, rock, and country hits from the ’60s through the ’80s, and his resume reads like a who’s who of music history. Simon and Garfunkel, Cher, Neil Young, Ricky Nelson, The Carpenters, Billy Joel, The Mamas and the Papas, Johnny Cash, and Hank Williams, Jr. are only a few of the artists he’s worked with, and the chances are good. that his bass is pouring out of a radio somewhere as you read this." Kevin Johnson, No Treble.

Mike Deasy: "Cailornia-born guitarist Mike Deasy, Sr. has been a positively ubiquitous presence in rock music - with a few side-trips into jazz - since the mid-1960's…the chances are excellent that if you've heard a West Coast-recorded piece of class rock 'n' roll, pop-rock, folk-rock, gospel music, and even some jazz, you've heard (and even marveled at) his playing.” Bruce Eder, All Music.