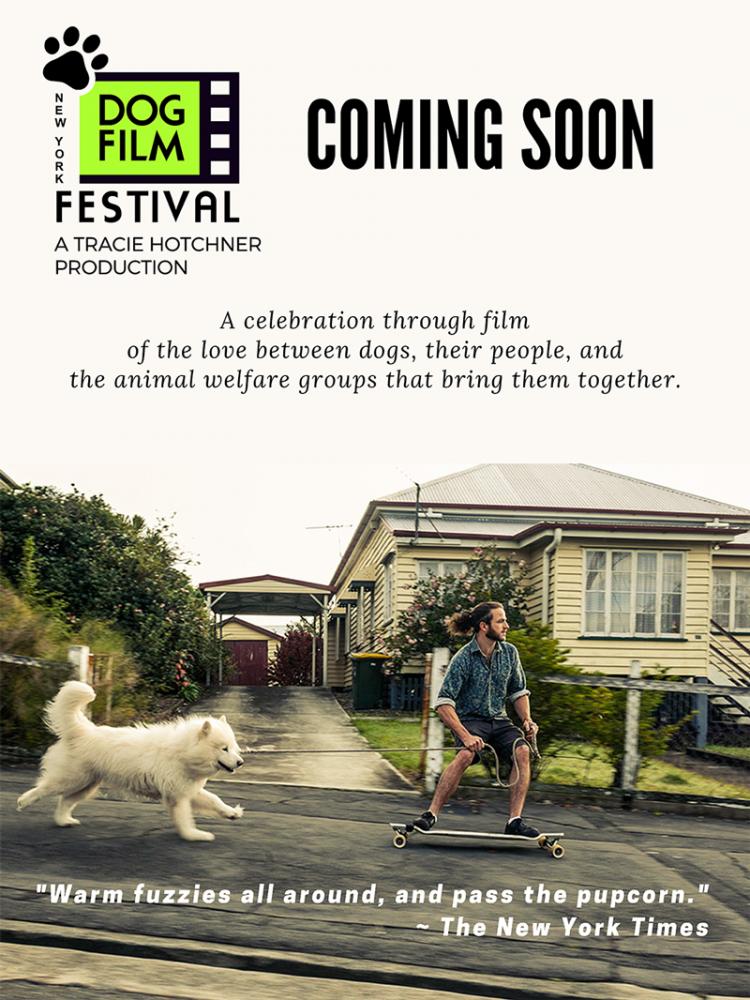 The NY Dog Film Festival™ is a philanthropic celebration of the love between dogs and their people, offering dog lovers a shared audience experience of canine-themed films from around the world that inspire, educate and entertain about the human-canine bond.

FOR THE LOVE OF DOG  [9 min] Kylie Cushman’s charming documentary that stylishly looks at the various ways British dog owners describe their love for their dogs; THE PRESENT  [4 min] Jacob Frey’s animated story about a boy and his dog that will take you by surprise; NOBODY’S PERFECT  [7 min] a touching documentary about an Australian couple whose pack of dogs each his own disability but “carries on regardless;” AWESOME LIVING WITH ANDY  [7 min] made by sisters Patricia Denys & Mary Holmes, a documentary tribute to their darling disabled dog Andy, who does just fine in his canine “wheelchair;” DOGS IN THE PEN  [12 min] Penelope Laurence’s documentary of a special program offered to female inmates to train shelter dogs as service animals;  STEADFAST STANLEY  [4 min]  John Kim’s powerful animated film about canine loyalty; PUP CULTURE  [10 min] Elle Marsh’s documentary about the delightfully odd ways that dogs are part of life in Melbourne, Australia; LOVE UNLEASHED  [14 min] a happy-endings documentary by Kacey Klonsky about senior dogs; IF I COULD TALK  [7 min] Ben Moon on the appreciation of a rescued dog.

MY TRAIL DOG  [5 min] Dean Leslie’s lyrical look at a man who is a loner who runs the Alps for the joy of it, with his dogs, who are his closest companions ; DENALI  [8 min] Ben Moon honors Denali, his husky-pit mix; WALKIES IN THE WIND [1 min] charming animated film by Toby Mattison; BISCUIT [5 min] The most fearlessly athletic little dog you’ll ever meet; ONE MAN & HIS DOG  [4 min] is Dean Saffron’s look at one Australian man’s joyous skate-boarding lifestyle with his Samoyed;  THE MYSTERY OF THE ARCTIC CAIRN  [54 min] John Huston’s thrilling documentary that follows a team of intrepid explorers and their 4 tempestuous Inuit sled dogs as they set out into the icy wilderness of the Canadian Arctic.