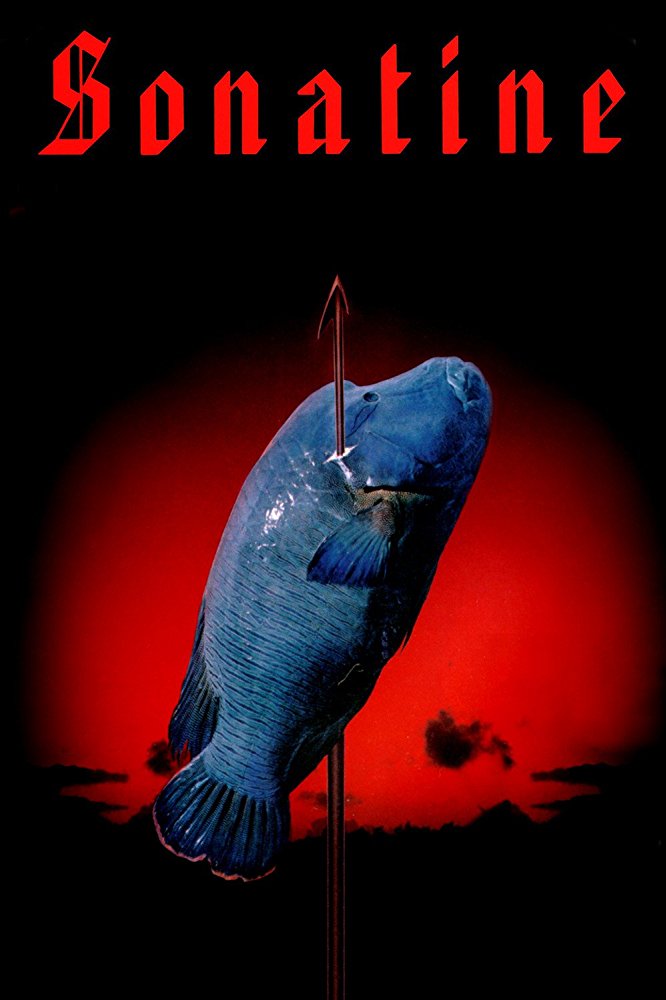 Sonatine may be the purest example of Kitano's singularity as a cult filmmaker, a fresh take on the age-old yakuza genre that's infused by odd flourishes of style and playfulness, and jarring outbursts of humor and violence. Scott Tobias, A.V. Club

Takeshi Kitano wrote, directed, and stars in this 1993 Japanese yakuza film, an urban thriller that centers on world-weary gangster Murakawa, played by Kitano. Instructed by his boss to settle a dispute in Okinawa, Murakawa soon finds himself caught in the middle of a yakuza gang war. Ritualistic gunplay, however, gives way to a seaside interlude of gangsters at the beach–as a sudden switch transforms the approach from splatter action to arthouse film. Sonatine has been praised by Sight & Sound ("exquisite gangster film") and selected by Quentin Tarantino for distribution through his Rolling Thunder company.