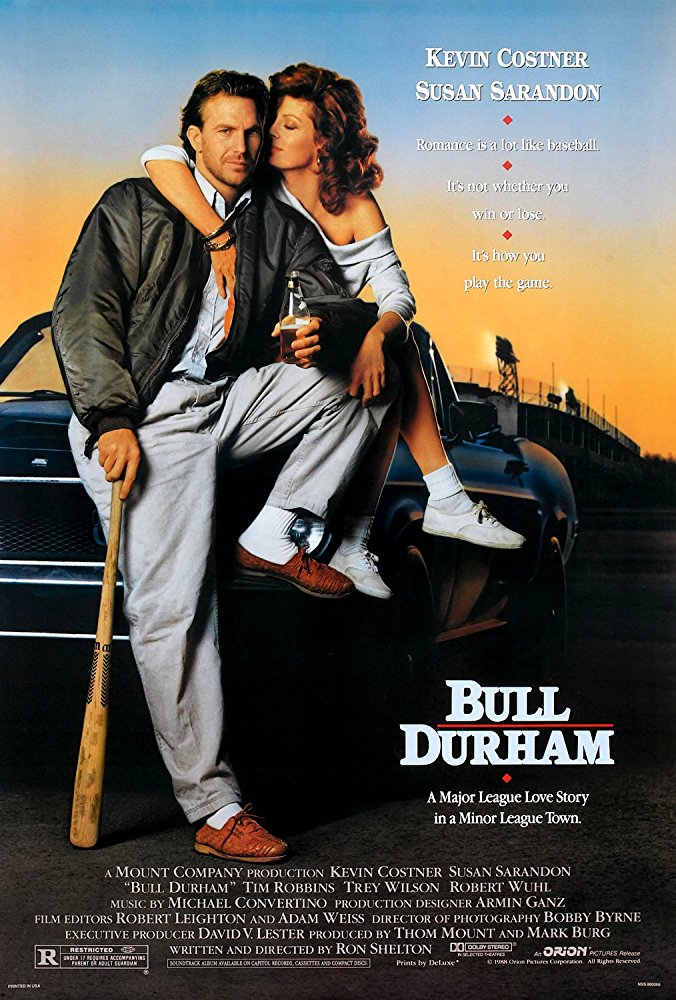 Bull Durham works equally as a love story, a baseball fable and a comedy, while ignoring the clichés of each genre. David Ansen, Newsweek

This American romantic comedy sports film is based in part upon the minor-league baseball experiences of writer and director Ron Shelton. "Crash" Davis, a veteran of 12 years in minor league baseball, is sent down to the single-A Durham Bulls, of Durham, North Carolina, for a specific purpose: to educate hotshot rookie pitcher Ebby Calvin LaLoosh about becoming a major-league talent. The two get off to a rocky start, and Annie, a "baseball groupie" and lifelong spiritual seeker who has latched onto the "Church of Baseball," adds to the tensions driving the film. Bull Durham became a minor hit when released and is now considered one of the best sports movies of all time.