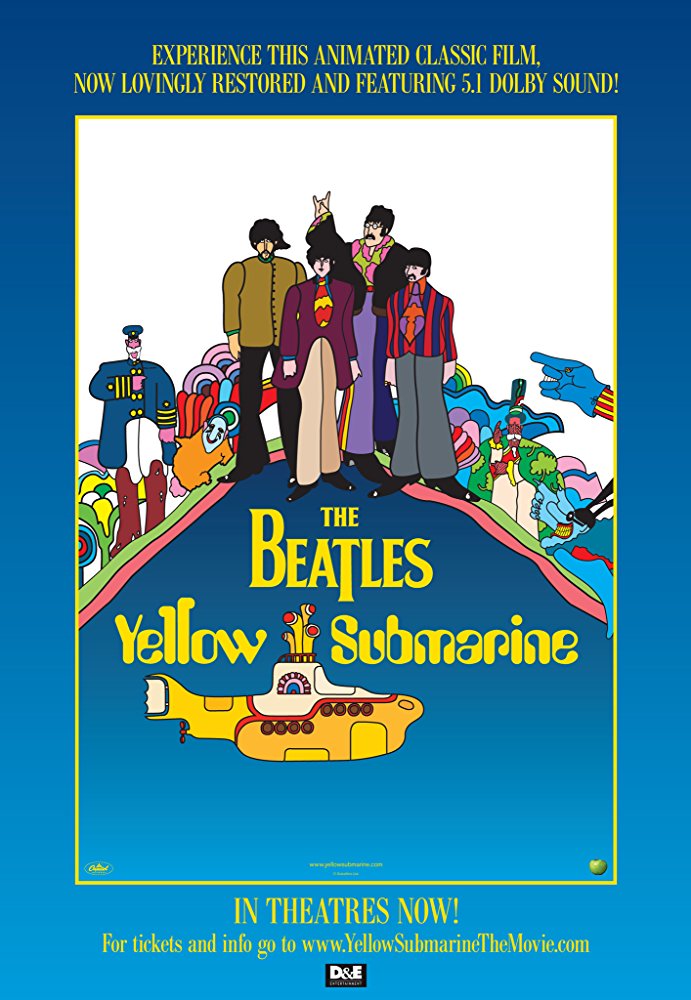 “A garish, gorgeous example of pop art at its finest, Yellow Submarine’s reappearance should give a whole new generation a chance to discover the legends.” Caroline Westbrook, Empire.

In celebration of its 50th anniversary, the psychedelic landscapes have been restored in 4k digital resolution. The animation was cleaned up by hand, frame by frame, rather than through automated digital software. The audio, which features Beatles songs like “A Day in the Life” and “Lucy in the Sky with Diamonds,” was remixed in 5.1 stereo sound at Abbey Road Studios, where the Beatles recorded most of their work.

The music-loving inhabitants of Pepperland are under siege by the Blue Meanies, a nasty group of music-hating creatures. The Lord Mayor of Pepperland dispatches sailor Old Fred to Liverpool, England, where he is to recruit the help of the Beatles.