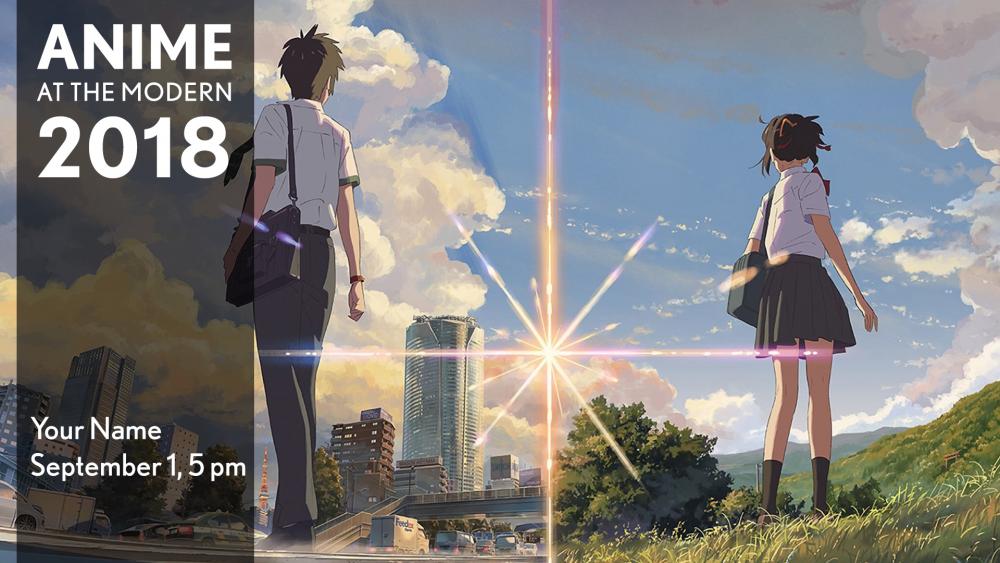 From director Makoto Shinkai, the innovative mind behind Voices of a Distant Star and 5 Centimeters per Second, comes a beautiful masterpiece about time, the thread of fate, and the hearts of two young souls. The highest-grossing anime film of all time worldwide, Your Name tells the poignant story of a teenage boy and girl as they embark on a quest to meet each other in person for the first time after they have been magically swapping bodies.

Stephanie Sheh is a voice actress, voice director, ADR writer, and casting director. She voiced Mitsuha Miyamizu in Makoto Shinkai's hit anime movie Your Name.  Recently she voiced Yuho in Masaaki Yuasa's Lu Over the Wall. Stephanie's probably most well-known to anime fans as the voice of Sailor Moon in the current VIZ Media Release of Sailor Moon, as well as Hinata in Naruto, Orihime in Bleach, Yui in Sword Art Online, Kuro in Blue Exorcist, and Mineva in Gundam Unicron. Stephanie is returning to voice Eureka in Funimation's release of the upcoming Eureka 7 movies. Stephanie has many voice credits in video games, most notably Tharja in the Fire Emblem series,
In between voice jobs Stephanie casts, directs, and writes. She cast Batman Ninja for Warner Bros, the web series Hanazuki for Hasbro, and Little Big Awsome for Amazon. She's the voice director for the OAV series Gundam The Origin as well as the gritty Gundam Thunderbolt.

Michael Tremain Sinterniklaas  is a voice actor, ADR director and script writer who has provided voices for a number of English-language versions of Japanese anime films and television series, as well as video games and cartoons. He has worked for Studiopolis, Funimation, 4Kids Entertainment, Central Park Media, Bandai Entertainment, Viz Media and Media Blasters. He is the founder and owner of NYAV Post, a Bi-coastal studio located in New York City and Los Angeles, which dubbed many different anime titles and recorded several original prelay works. He is best known for his roles as Leonardo in 2003 series of Teenage Mutant Ninja Turtles, Dean Venture in The Venture Bros, and Taki Tachibana of the highest-grossing Japanese anime film of all time, Your Name.