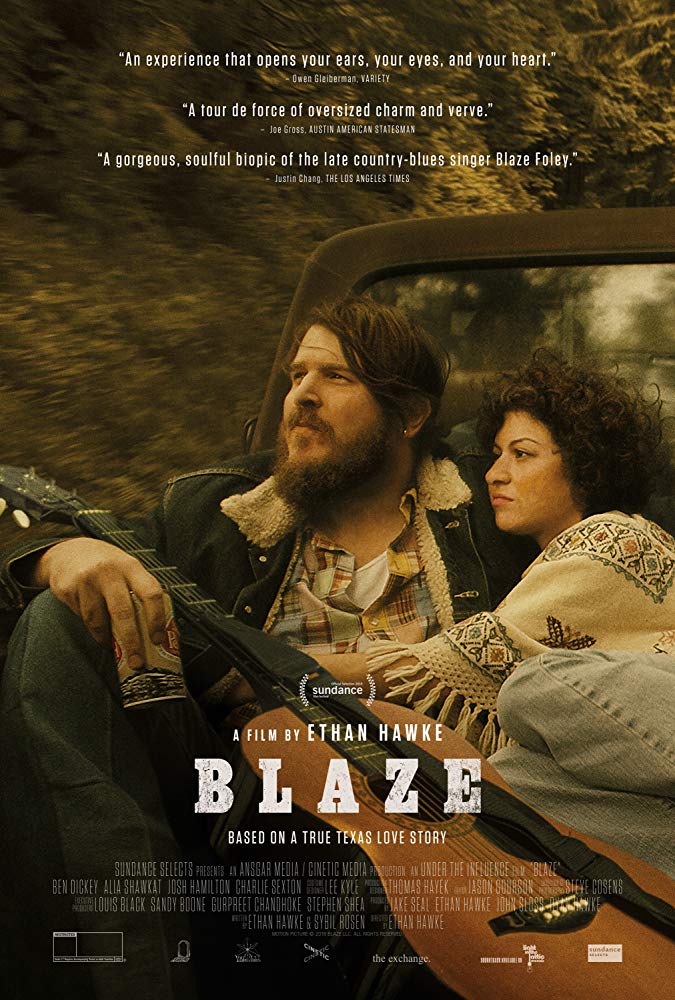 This is the sixth film directed by Hawke, best known for his Academy Award nominated performances in Training Day and Boyhood. He starred in the Richard Linklater Before trilogy and along with his co-star Julie Delpy and director Linklater received two Best Screenplay Oscar nominations.

Blaze is inspired by the life of Blaze Foley, the unsung songwriting legend of the Texas outlaw music movement that spawned the likes of Merle Haggard and Willie Nelson. The film weaves together three different periods of time, braiding re-imagined versions of Blaze’s past, present and future. The different strands explore his love affair with Sybil Rosen; his last, dark night on earth; and the impact of his songs and his death had on his fans, friends, and foes. The braided storyline terminates in a bittersweet ending that acknowledges Blaze’s profound highs and lows, as well as the impressions he made on the people who shared his journey. Mr. Hawke and Sybil Rosen co-wrote the screenplay which they adapted from her novel Living in the Woods in a Tree: Remembering Blaze . BLAZE stars musician Ben Dickey in the title role.

“It's a tour de force of oversized charm and verve, a living ballad of song-writer-as-ramblin'-man (and almost compulsive screw-up).” Joe Gross, Austin American-Statesman.