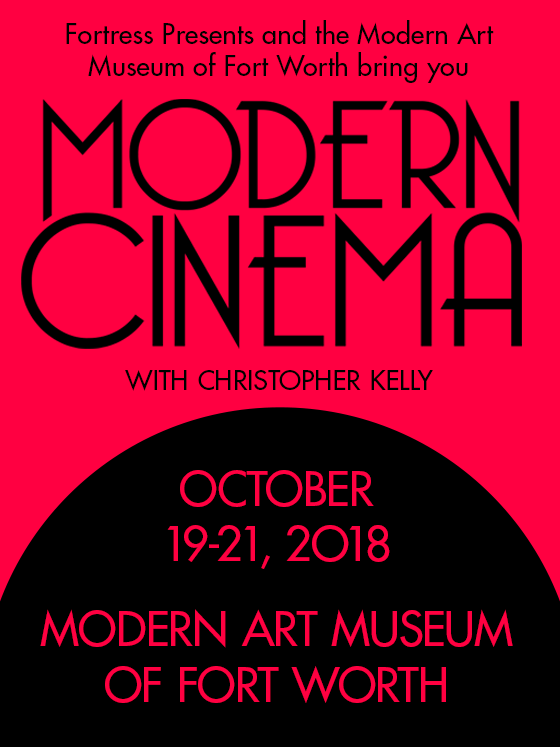 We are thrilled to announce the first round of titles for the return of Modern Cinema. The announcement of these three outstanding films will soon be followed by five more for a total of eight screenings over one weekend.

The films of this year's Modern Cinema feature some of the world's best known stars, were created by some of the most celebrated filmmakers and come to Fort Worth fresh from premieres at the most prestigious festivals...before they can be seen anywhere else in the area.

Early Bird passes are now on sale for $59 while supplies last or all eight titles are announced. A pass guarantees a seat and priority access to all eight screenings. Individual screening tickets will be subject to availability after all Early Bird and Regular passes have been sold.

Browse the first batch of titles below, watch the trailers and pick up your pass today.

Boy Erased tells the story of Jared (Hedges), the son of a Bapstist pastor in a small American town, who is outed to his parents (Kidman and Crowe) at age 19. Jared is faced with an ultimatum: attend a gay conversion therapy program - or be permanently exiled and shunned by his family, friends and faith. Boy Erased is the true story of one young man's struggle to find himself while being forced to question every aspect of his identity.

Boy Erased will hold it's world premiere at the 2018 Toronto International Film Festival before screening at Modern Cinema.

Academy Award winner Asghar Farhardi (A Separation, The Salesman) directs Penélope Cruz and Javier Bardem in this layered, psychological drama about a family wedding interrupted by a shocking crime and some long buried secrets. With two Academy Awards already under his belt, Asghar Farhadi has nothing left to prove, but the writer and director keeps pushing in new directions.

Everybody Knows was selected as the Opening Night film for the 2018 Cannes Film Festival and will also screen at the 2018 Toronto International Film Festival.

Set in post-war East Germany, Florian Henckel von Donnersmarck’s humanist drama follows the lives of a doctor and an artist, both struggling to reconcile their personal aspirations with their country’s politics. With Never Look Away, inspired by the early life and career of renowned contemporary artist Gerhard Richter, von Donnersmarck once again looks into the dark corners of his country's recent history. As with von Donnersmarck's Academy Award-winning The Lives of Others (2006), postwar East Germany provides fertile ground on which to explore the role of the individual within a totalitarian system that disregards the rights of its citizens.