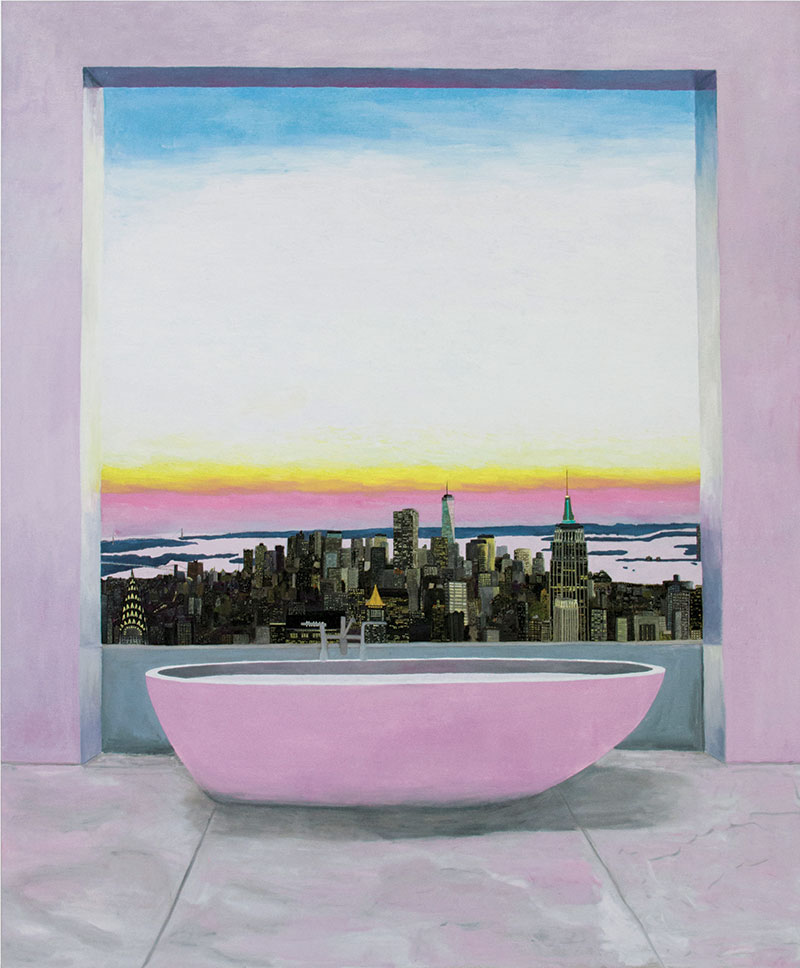 For the artist Leidy Churchman, no subject matter is out of bounds. Since 2007, their paintings have included crocodiles, corporate logos, figures from Tibetan Buddhism, and advertising visuals, as well as renditions of art book covers and artworks from Henri Rousseau to Marsden Hartley to Barbara Kruger. Their strikingly diverse output reflects not only traditional modes of visual reproduction but also the proliferation of images that we see today on television, in Internet searches, and in our social media feeds. In selecting subjects from this broad, generic flow, what Churchman paints is indicative of their idiosyncratic interests at the time of each work’s making, and the paintings act as a personal archive of their pursuits of knowledge—not unlike the cache of a web browser. By translating these widely circulated images into paintings, however, the artist transforms their status from commonplace duplicates to the level of hand-painted original. To Churchman, their paintings are also about the complexities of the mind and how each of us brings a subjective set of conditions based on our experience and past that lead us to perceive visual culture in unique ways.

Churchman is devoted to testing what painting is and what it can be. Even their earlier work in sculpture and video often points back to this key medium and its creative processes. In the video series Painting Treatments, 2009–10, the artist invited friends to participate in performative scenes where their bodies became canvases for dripped, spattered, and smeared substances. The contrast between these group “spa treatments” and the “manly, authoritative, and triumphant discourse” of Abstract Expressionism was pointed and tongue in cheek.1 As Churchman recently said on the medium’s enduring potential, “The way painting died and came back is something I love. It is only waiting for the inspiration and failures of another in order to come upon some new combination that has a way of moving.”2 The Painting Treatments videos are early signposts to Churchman’s current work, which continues to create unexpected relationships between the traditions of painting and the world around us. 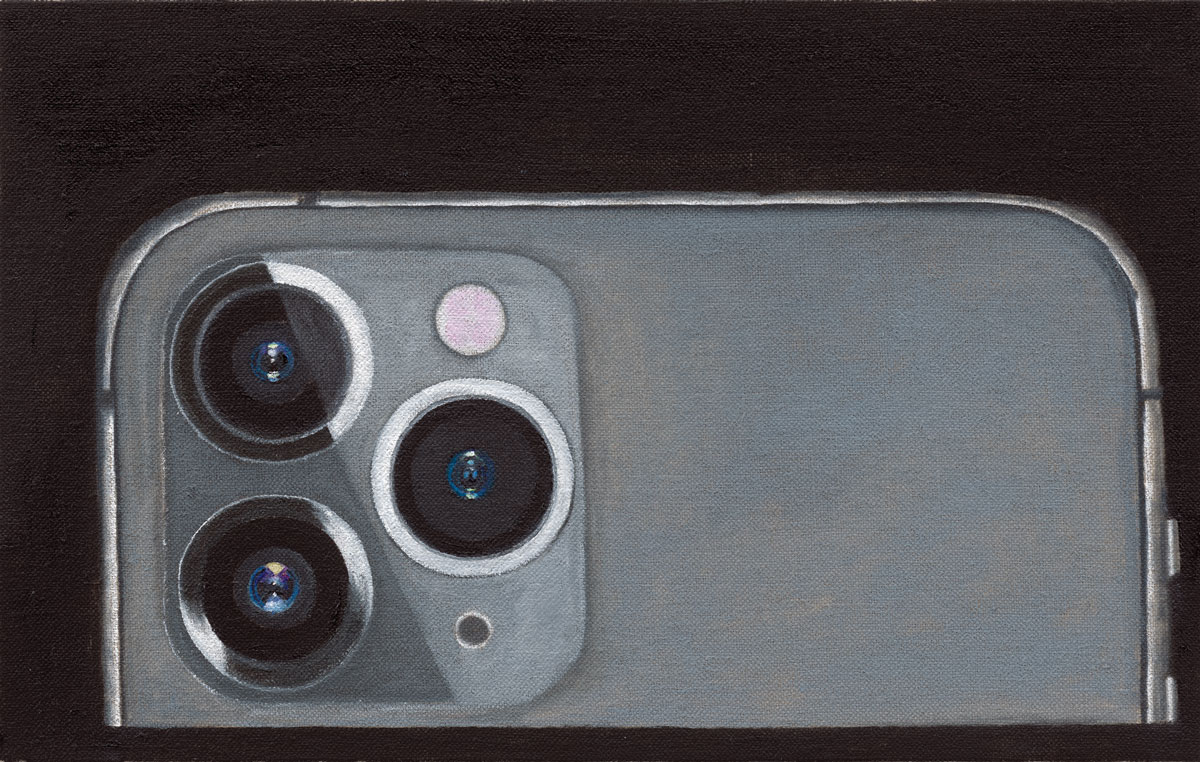 Churchman’s interest in upending expectations regarding the mass-produced and the original is especially clear in their use of images from the Internet. In the pivotal painting Tallest Residential Tower in the Western Hemisphere, 2015 (Whitney Museum of American Art), the artist appropriates a computer-generated image: an online advertisement for luxury apartments in the mega-tower at 432 Park Avenue, New York, featuring a penthouse bathroom with a large tub and a $95-million view. Often in appropriation art, the borrowed imagery is closely copied in an effort to question the authorship, value, and originality of the source material. However, Churchman’s painting transforms the computer’s cold, uncanny rendering into a painterly vision of Manhattan seen at dusk, metaphorically taking ownership of one of the most exclusive and controversial vistas in the world.3 The work counters the well-known concerns of the German philosopher Walter Benjamin regarding copies; he argued that original artworks have an “aura,” but that “even the most perfect reproduction of a work of art is lacking in one element: its presence in time and space, its unique existence at the place where it happens to be.”4 Given that imagery found on the Internet lacks the singularity described by Benjamin, Churchman’s highly detailed, hand-painted canvases use appropriation to make originals out of source materials defined by multiplicity. Churchman thus suffuses the found images with an aura and gives them physicality. The time and the labor of the artist’s hand imbues the mass-distributed images with value, and the resulting paintings are unique and authentic. 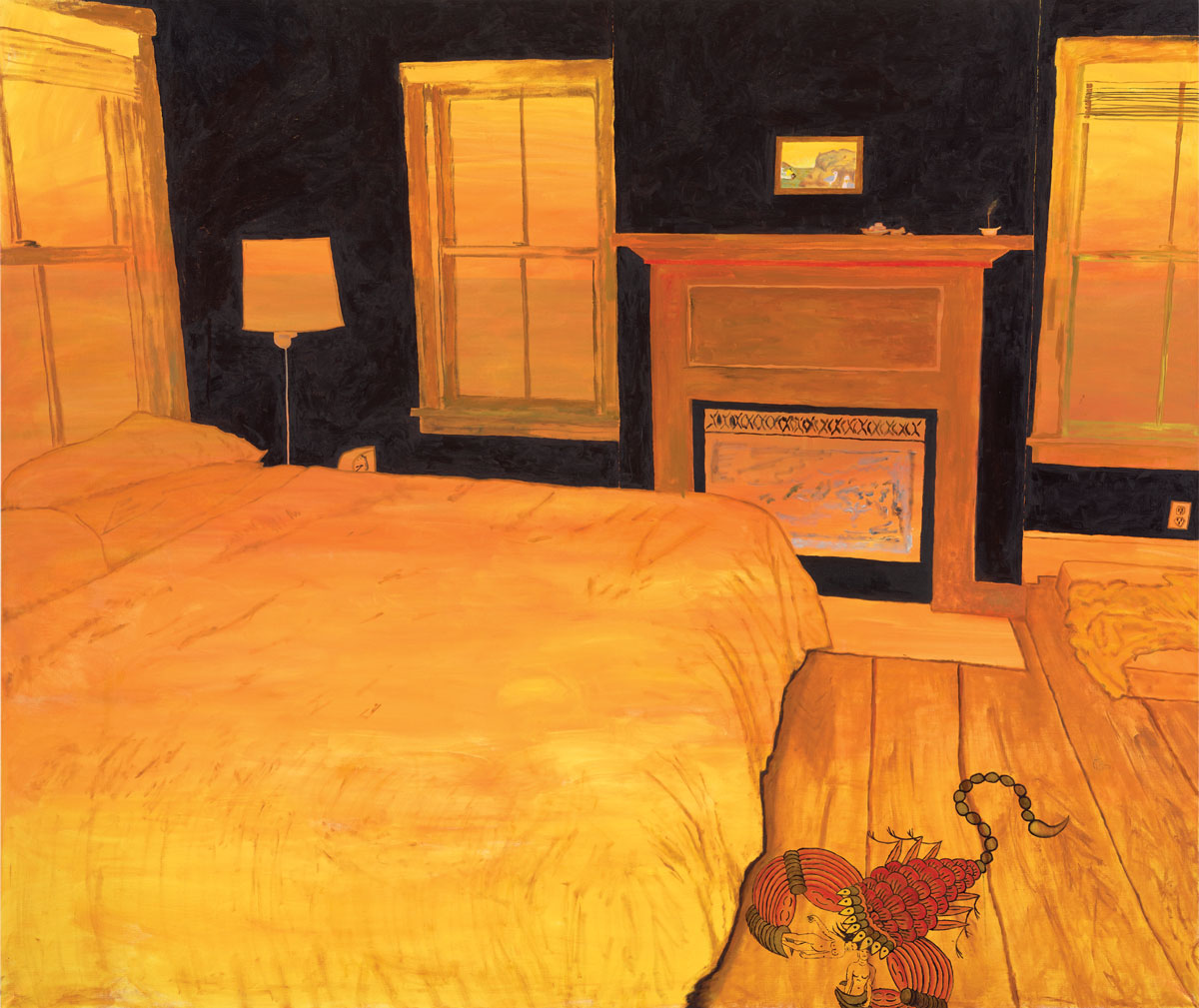 For Churchman, an interest in knowing a subject more intimately is how the paintings begin. As the artist has stated, “I love the surprise element that comes from giving attention. . . . The surprise comes from the thing, or idea, merging with painting. The painting ultimately takes over. It is more powerful than the information.”5 The artist’s iPhone 11, 2019–20, exemplifies this process, taking a common object and casting it anew. The painting features a finely detailed, realistically depicted view of the back of a phone against a deep black background. The focus is on the device’s three, eye-like camera lenses, and, as in its original context—a billboard the artist saw while driving in New York City—the image reads as oddly anthropomorphic, as if the phone is surveilling the viewer. The painting thus builds tension between seeing and being seen. Though the subject matter is humorous, Churchman’s detailed, careful handling of the oil paint lacks irony. 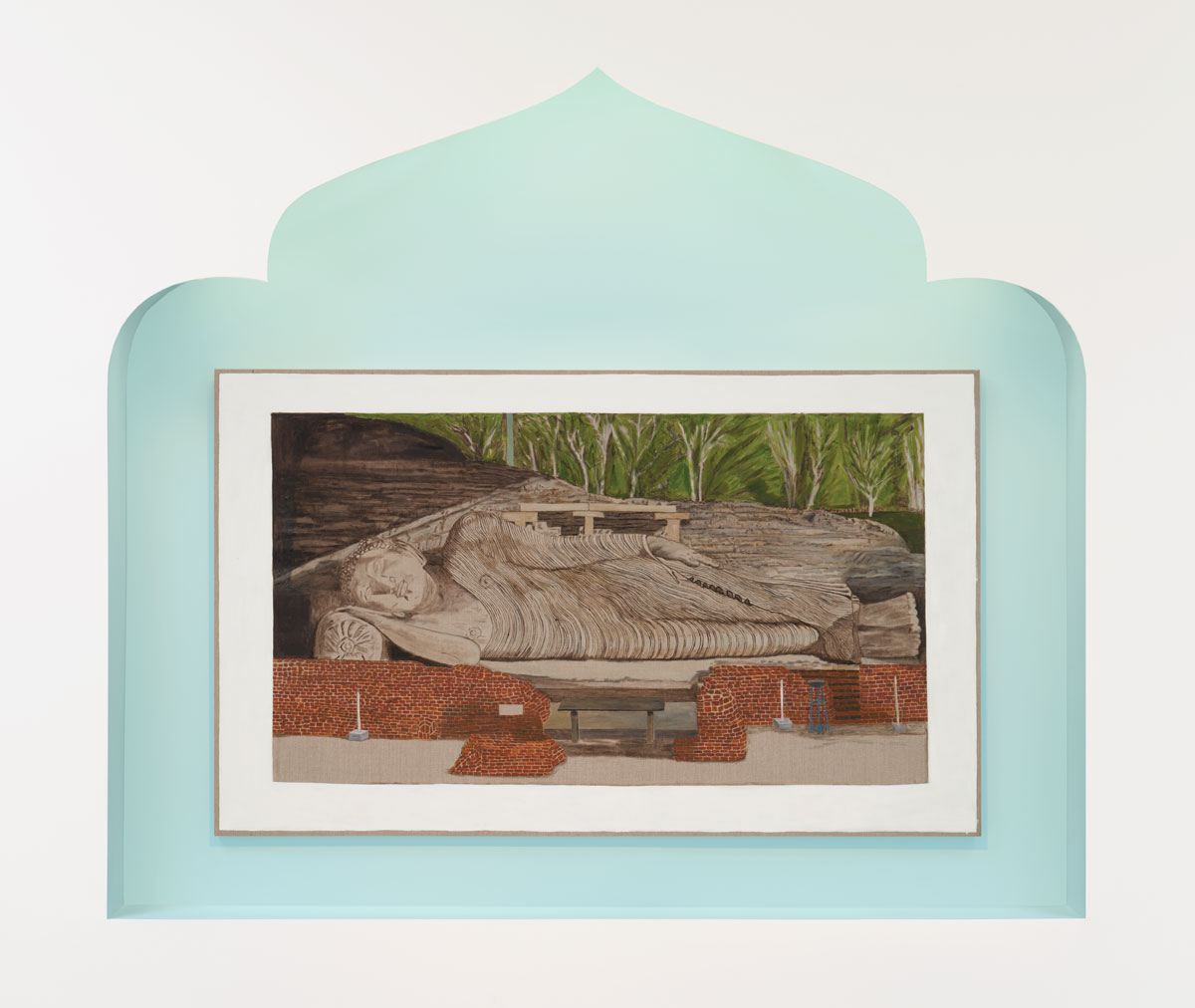 Recent work by Churchman uses painting to bridge the physical and spiritual realms, drawing on the artist’s practice of Buddhism, begun several years ago. Buddhadharma Fever, 2019, is set in the dreamlike, interstitial space of a nocturnal, orange-lit bedroom; on the floor, an oversized scorpion scuttles toward us, holding two miniature humans in its claws. The room mirrors Churchman’s bedroom at their father’s home in Maine, reinforcing the painting’s representation of, in the artist’s words, “a kind of unknown place that feels familiar.” The creature is the nine-headed scorpion from the teachings of Tibetan Buddhism, a symbol of life’s impermanence. Another painting, the expansive Reclining Buddha, 2020, is set within an altar-like, egg-blue niche embedded in the wall, lending it a quasi-religious status. Here, Churchman painstakingly paints the details of the historic Shakyamuni Buddha carved in the rock face at the Gal Vihara temple in Polonnaruwa, Sri Lanka. They give equal attention to the sculpture’s modern-day surroundings—a low brick wall, stanchion posts, and a stool—rooting the nearly thousand-year-old Buddha in its contemporary reality as a twenty-first-century pilgrimage site. Such specifics also help identify the source Churchman copied for the painting: a photograph easily found at Wikipedia when searching the term “reclining Buddha.”6 This online repository, a free encyclopedia crowd-sourced by amateurs, clashes with the painting’s elevated shrine setting, giving the work an ambiguous, even humorous, edge.

Pictured through Churchman’s lens, spiritual and philosophical concerns have equal footing with the ordinariness of everyday life, and no subject is glorified above another. From iPhones to Buddhas, the paintings present beauty in unanticipated ways, forming especially cryptic combinations when they are grouped together in an exhibition. “Painting can be extremely literal and at the same time wild and easy and unknown,” Churchman states. “I see a painting as a kind of filter that can pick up sediments of mind over periods of time, as it becomes something that emerges.” These nuances, along with Churchman’s ability to demystify the mystical and mystify the banal, remind us that wonder can be found in unexpected places.

for the Moon there is the Cloud, Reena Spaulings Fine Art, Los Angeles

2018
One Day at a Time: Manny Farber and Termite Art, Museum of Contemporary Art, Los Angeles

2017
The Show Must Go On, Kunstmuseum Bern

Trigger: Gender as a Tool and a Weapon, New Museum, New York

What’s the first thing you’re going to do when you get your new arms put on?, Galerie Crèvecœur, Paris

2012
Sail Away, We Must!, CDA Projects and Zilberman Gallery, Istanbul 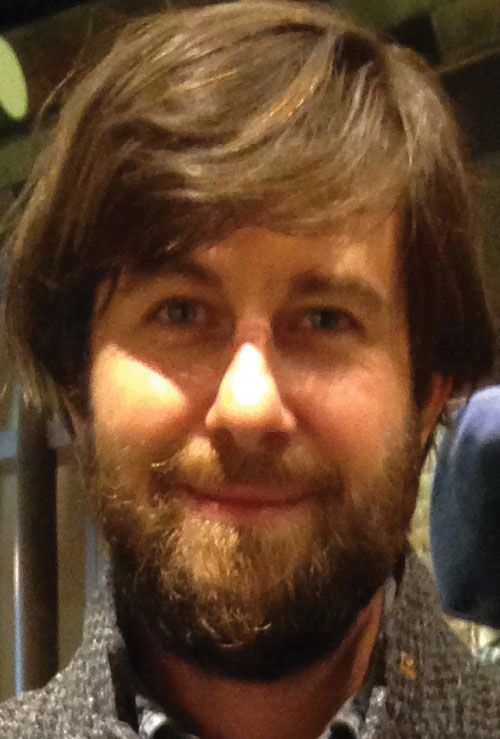 The staff of the Modern gratefully acknowledges Leidy Churchman’s studio and the staff of Matthew Marks Gallery in making this exhibition possible.