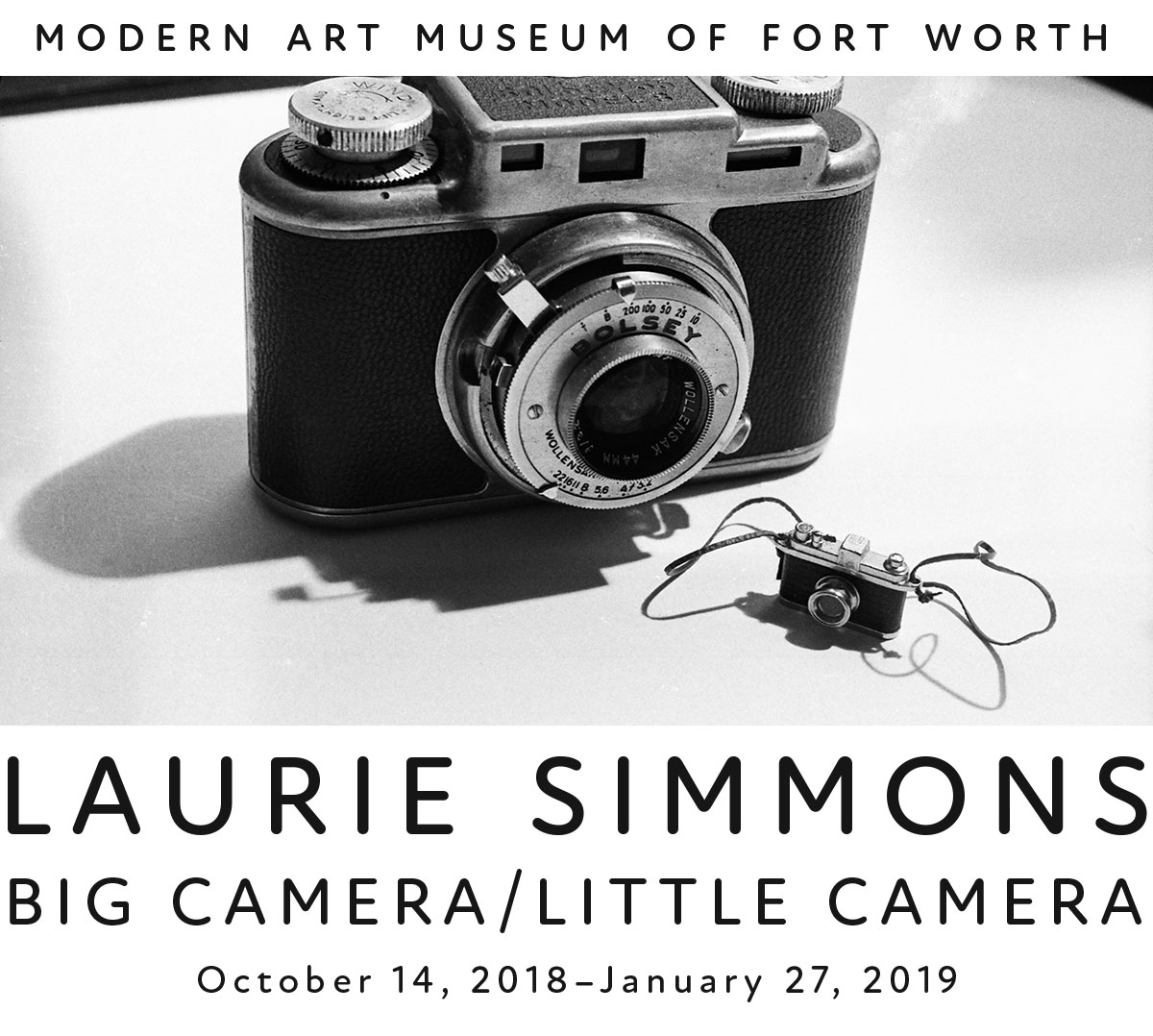 My Art, 2016
Written and directed by Laurie Simmons

Ellie Shine (Laurie Simmons) is a single artist living in New York City. Ellie has a good life: a stable teaching job, successful friends, and a loyal, aging dog named Bing. As her decades-old dream of a respectable place in the art world becomes more elusive, her frustration with her lack of recognition feels alarmingly urgent. When she is offered the summer house and studio of a famous friend, she seizes the opportunity to hit the reset button on her life and work. She unwittingly finds inspiration in two out-of-work actors who maintain the gardens at her summer retreat: Frank (Robert Clohessy), a recent widower trying to reassemble his life by turning his back on a mediocre acting career, and Tom (Josh Safdie), a young, hungry actor whose wife (Parker Posey) has a less ambitious vision for their idyllic country life. Joining them is John (John Rothman), a thrice-divorced, disillusioned lawyer looking for a summer distraction. This unlikely trio helps Ellie reinvent her artistic identity by participating in her DIY art videos—improbable re-creations of old Hollywood films. They accompany Ellie on an odd and unexpected journey toward finding her late-blooming artistic momentum.

Screening held in the Modern’s auditorium. Admission is free. Seating on a first-come, first-seated basis. 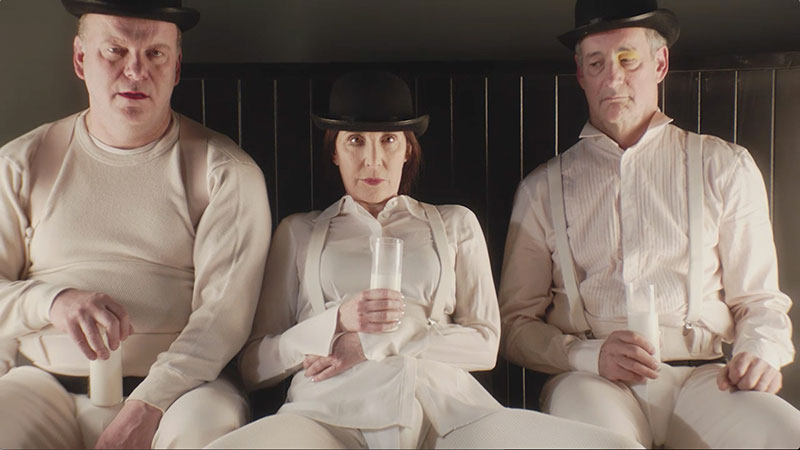 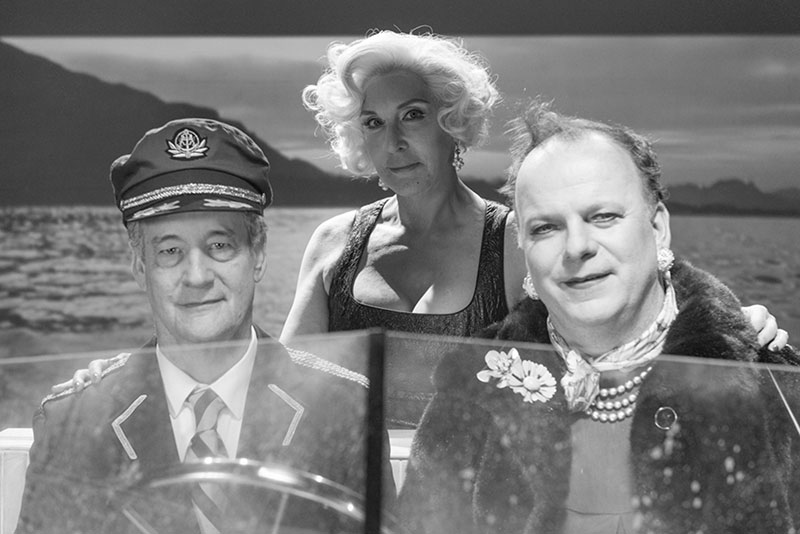 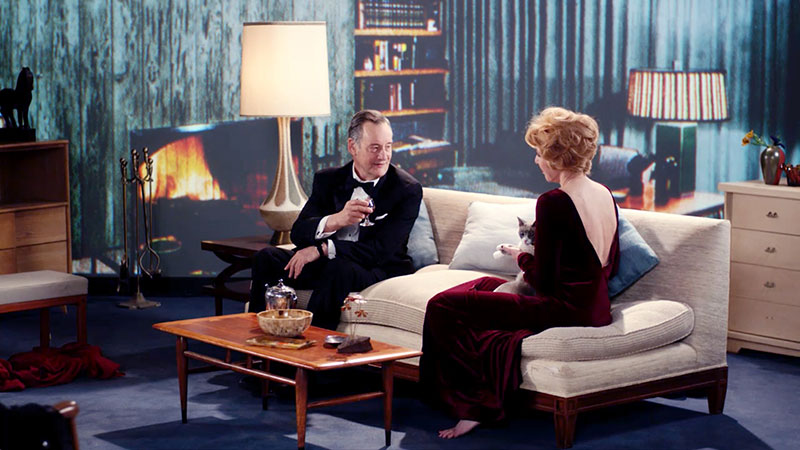 Tuesday Evenings at the Modern: Films

December 4, 2018
The Misfits, 1961
125 minutes
Directed by John Huston, The Misfits is a 1961 American drama written by Arthur Miller and starring Clark Gable, Marilyn Monroe, and Montgomery Clift. It marked the last completed film of both Gable and Monroe. The plot centers on a recently divorced woman (Monroe) and her time spent with a cowboy (Gable) in the Western Nevada desert in the 1960s. The film is referred to by Simmons in My Art when Ellie reminds the gardener, Frank, when they are preparing to take on the roles played by Monroe and Gable, “It’s exactly about the impossibility of us ever being able to be them.”

December 11, 2018
Mr. Peabody and the Mermaid, 1948
89 minutes
Mr. Peabody and the Mermaid is a 1948 American fantasy directed by Irving Pichel and starring William Powell and Ann Blyth in the title roles. Irene Hervey plays Mr. Peabody's wife. The film was based on the 1945 novel Peabody's Mermaid by Guy and Constance Jones. In an excerpt adopted for My Art, Simmons, as Ellie, plays the mermaid, drawing on wanton desire and impossible fantasy as they seem to apply to Ellie’s life as an artist and a woman.

December 18, 2018
A Streetcar Named Desire, 1951
125 minutes
A Streetcar Named Desire is a 1951 American drama adapted from Tennessee Williams's Pulitzer Prize-winning 1947 play of the same name. Starring Marlon Brando, Vivien Leigh, Kim Hunter, and Karl Malden, it tells the story of a southern belle, Blanche DuBois, who, after encountering a series of personal losses, leaves her aristocratic background and seeks refuge with her sister and brother-in-law in a dilapidated New Orleans tenement. In 1999, A Streetcar Named Desire was selected for preservation in the National Film Registry by the Library of Congress for being "culturally, historically, or aesthetically significant." With age as a theme in My Art, Simmons, as Ellie, comments on the ages of the actresses who have played Blanche DuBois.

January 8, 2019
Some Like It Hot, 1959
121 minutes
Some Like It Hot is a 1959 American romantic comedy set in 1929, based on a screenplay by Robert Thoeren and Michael Logan from the French film Fanfare of Love. Directed and produced by Billy Wilder, it stars Marilyn Monroe, Tony Curtis, and Jack Lemmon. The film is about two musicians who dress in drag to escape from mafia gangsters. It is worth noting that the film was produced without approval from the Motion Picture Production Code because it plays with the idea of homosexuality and features cross-dressing. That said, the code had been gradually weakening in its scope during the early 1950s due to greater social tolerance for previously taboo topics in film, but it was nevertheless enforced. These issues are not lost on Simmons, who refers to the film in My Art and whose work is readily recognized for challenging gender expectations.

January 15, 2019
A Clockwork Orange, 1971
136 minutes
A Clockwork Orange is a 1971 dystopian crime film adapted, produced, and directed by Stanley Kubrick, based on Anthony Burgess’s 1962 novel by the same name. Malcolm McDowell stars as Alex, a charismatic, antisocial delinquent. The film chronicles the horrific crime spree of Alex’s gang, then his capture and attempted rehabilitation via an experimental psychological conditioning technique by the Minister of the Interior. In his catalogue essay for Big Camera/Little Camera, Omar Kholeif points out that Simmons, “keen to pry apart the binary construction of male/female desire and the ways in which it is portrayed on screen,” assigns the role of Alex to Ellie in My Art. As she dons the character’s black hat and frayed eyelashes, she leaves the viewer to ponder, “Is she a man, or is she a woman playing a man, who may be, in part, playing a woman?”

Lead support for the presentation of Laurie Simmons: Big Camera/Little Camera at the Modern Art Museum of Fort Worth is generously provided by Harper’s BAZAAR, Jimmy Choo, and The Andy Warhol Foundation for the Visual Arts. Additional support is provided by the Kleinheinz Family Endowment for the Arts and Education, Baldwin Gallery, and Salon 94, New York.
Top: Big Camera/Little Camera, 1976. Gelatin silver print. 8 x 10 inches. Courtesy of the Artist