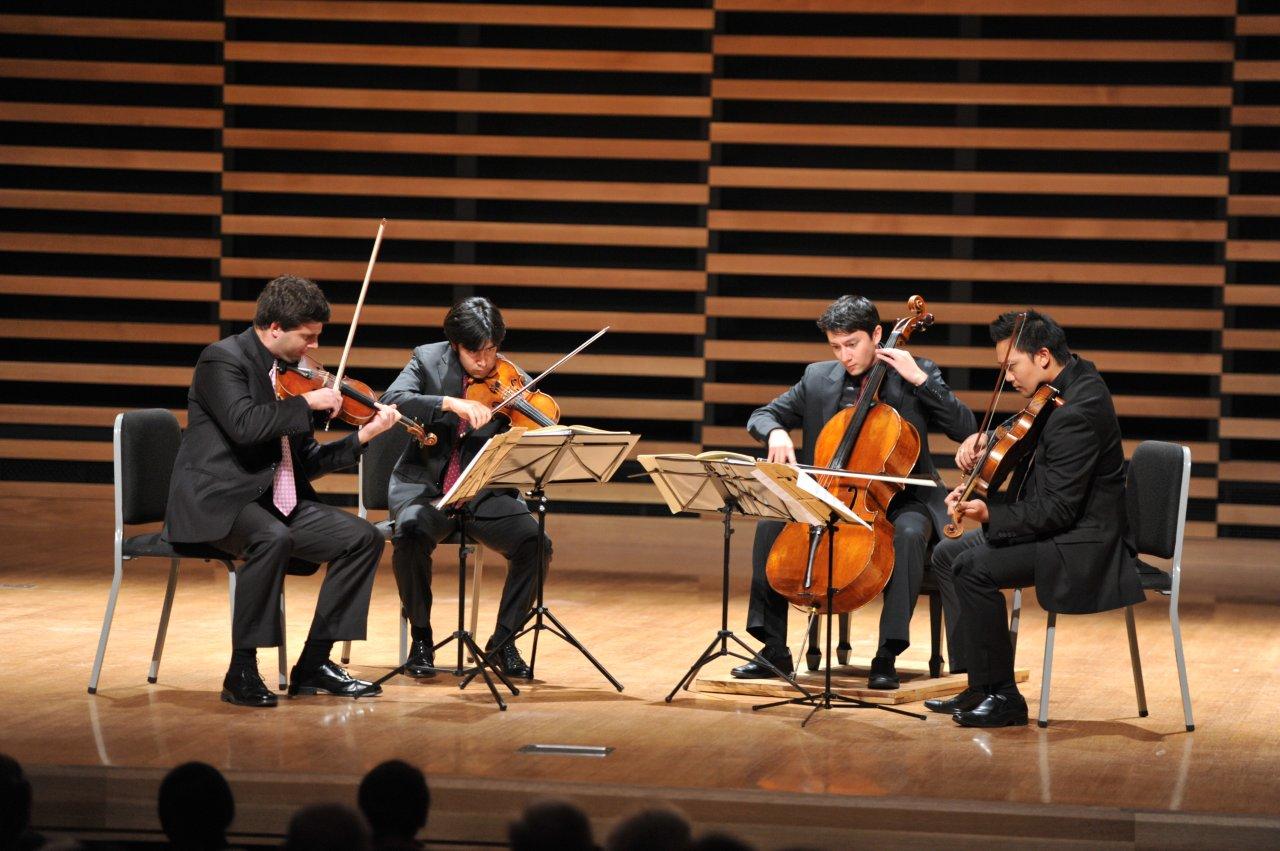 Masters of the Medium
Chamber Music Society of Fort Worth

Formed in 2003 when its players were students at the Cleveland Institute of Music, the Baumer Quartet has distinguished itself among audiences and critics for the technical finesse, warmth of expressionism and cutting edge performances. This artistry will be on display in a concert of works featuring Masters of the Medium of the 18th, 20th, and 21st century.

The opening work for the second concert of the 2018-2019 season was composed by Leoš Janáček in 1923.  The composer, himself created the nickname "Intimate Letters."  It was inspired by his long and spiritual friendship with Kamila Stösslová, a married woman 38 years his junior and was performed for the first time in 1928, a month after Janáček’s death.

Another new composer to the CMSFW repretoire is George Tsontakis, an American conductor and composer.  The Quartet will be performing his Quartet No. 3 which he composed in 1986.

Beethoven's Quartet No. 8 in E minor was the second of three of his "Razumovsky" cycle of string quartets, and is a product of his "middle" period. He published it in 1808.

For more information or tickets, please call 817.877.3003 or visit www.chambermusicFW.org.