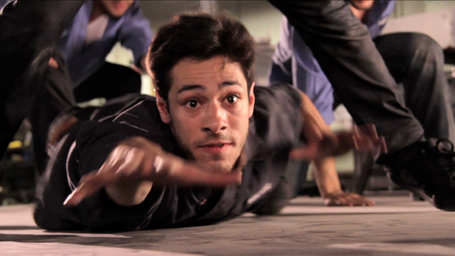 See the local premieres of short films from New York City’s 2014 and 2013 Dance On Camera festivals, including “Homegoings: A Dance” featuring dancers from the Bill T. Jones/Arnie Zane Dance Company. They will be performing an original piece by Janet Wong with music by Daniel Roumain (Director Christine Turner, 2013, USA, 5 minutes) inspired by both the award-winning documentary “Homegoings” which explores the African-American way of death and “Rules of the Game,” a narrative dance film where trust between four male factory workers dissolves under the unremitting surveillance of the management (Directors/Choreographers: Jeff & Rick Kuperman, USA/Canada, 2013, 8:15 min.).

Dance On Camera films are presented as part of the touring program for the Dance Films Association’s annual Dance On Camera festival, which is co-sponsored by the Society of Lincoln Center and supported by the National Endowment for the Arts.