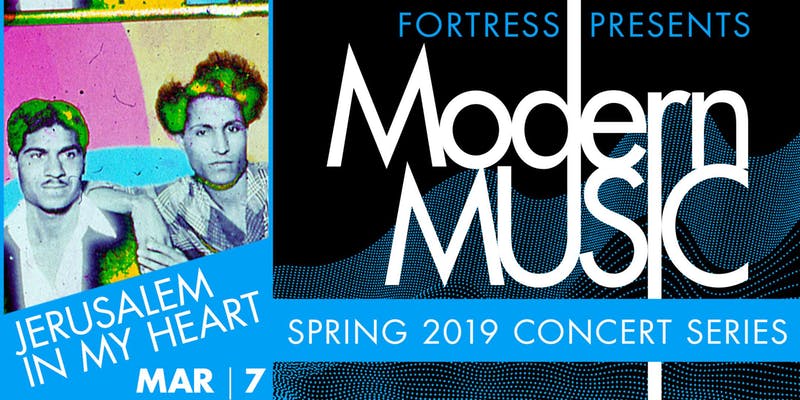 Jerusalem In My Heart (JIMH) is the acclaimed Montréal–Beirut contemporary Arabic audio-visual duo of musician/producer Radwan Ghazi Moumneh and experimental analog filmmaker Charles-André Coderre. The project has been active since the mid-2000s as a site-specific live performance happening, featuring a wide array of multi-media and theatrical elements, where no two shows were ever the same.

In 2012, Moumneh began to reconceive JIMH as a recording project and live duo in which performances could be ‘repeated’, with an accompanying focus on analog film visuals. 16mm film loops and projections are an integral part of the JIMH aesthetic identity – still frames from these film materials are also used to generate the group’s album art and packaging.

Musically, JIMH is guided by Moumneh’s melding of ‘traditional’ melismatic singing (in Arabic) and buzuk playing, with modern deployments of modular synthesis, filter banks, power electronics, field recordings, etc. JIMH recordings intentionally pay homage to the blown-out distortions of historical Arabic cassette tape culture, processed through modern currents of electronic music. Moumneh’s lyrical themes are deeply expressive and rich in political and socio-cultural historical consciousness: “there is a heartfelt yearning and emotion that unifies” the work, writes The Wire; “stunning of-the-moment [music] that speaks to the intersection of the personal and political with supreme confidence” says AdHoc.