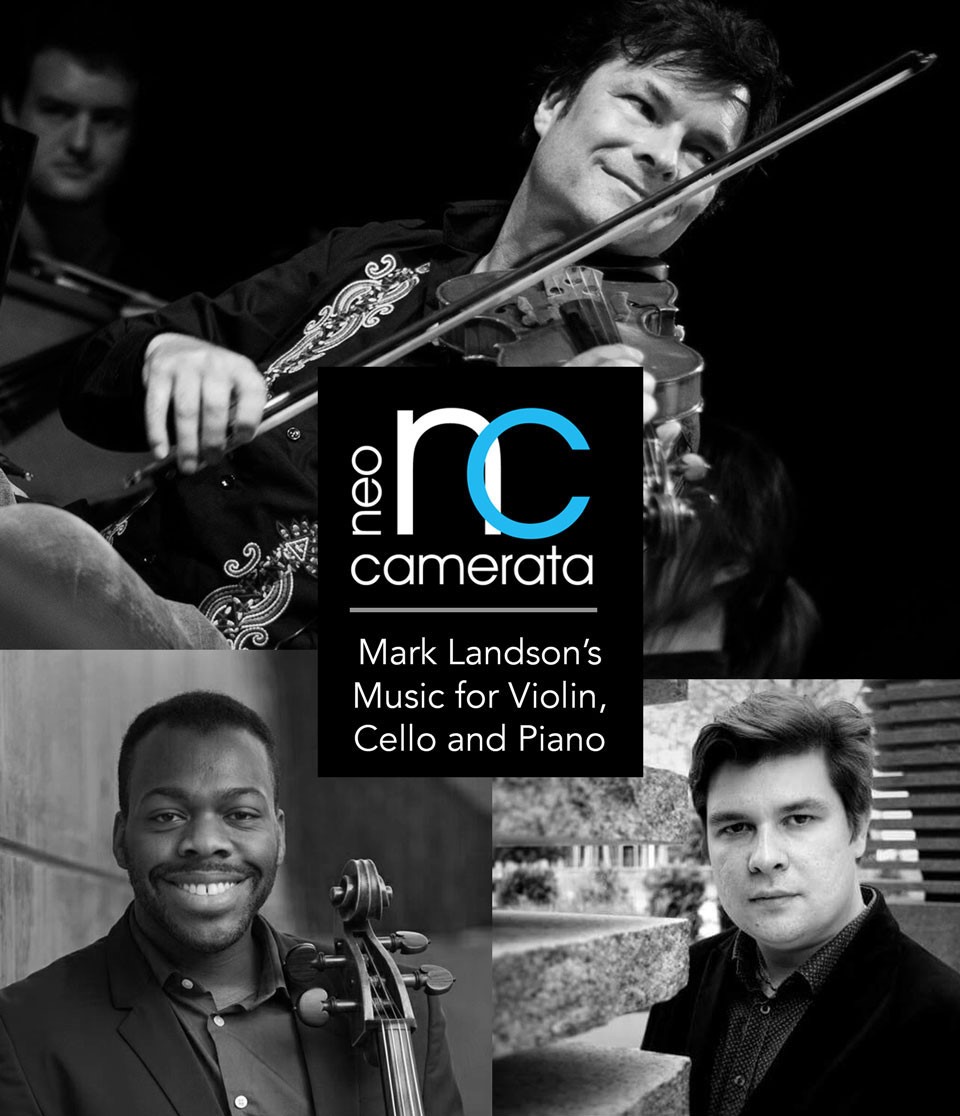 PROGRAM
“Travels” (version for Violin, Cello and Piano 2017): Infectious melodies and driving rhythms contrast with plaintive soliloquies in this metaphysical journey of an optimistic person who who strives to retain that optimism throughout times of life’s inevitable difficulties. First movt won the Grand prize at The Ear competition in New York City in November 2016. (4 movements-25 minutes)

“Le Mozart Noir” Suite (2018): Concert suite from a ballet, premiered in 2016. It shows scenes from the life of Joseph Boulogne, Le Chevalier de St George, who was known as The Black Mozart. Original ballet was a recipient of Donna Wilhelm Family New Works Fund.

“Moments In Memory” (version for Violin, Cello and Piano 2018): Soaring melodies dominate the 3 scenes of this work, derived from inspirational moments that prompted the composer to notate melodies at the time. (3 movements-24 minutes)

For more information and tickets

Neo Camerata brings the vibrant and emotionally stirring new classical music of composer Mark Landson to life in a program that features his works for violin, cello and piano. Described as “Stravinsky at his most lyrical”, Landson’s music combines first class classical composition technique with modern pop harmonies, driving rhythms and infectious melodies to take the listener on a continuous journey of emotion.

Formed in 2003, Neo Camerata has performed Landson’s music at the Cannes Film Festival, the Kennedy Center in Washington, DC, and on the bill with symphony orchestras and pop singers. Neo Camerata’s album Travels is being re-released in January 2019 and will be available in a special package at the performance.