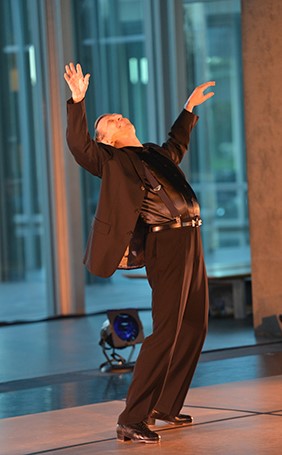 Fort Worth musician/composer Austin Patton is collaborating with members of the Contemporary Dance/Fort Worth company to create an interactive music/dance work which allows opportunities for community participation before and/or during the performances.  Drawing inspiration from a variety of artistic traditions rooted in the collection and assembly of objects and movements to create artistic works, the collaborators invite guests from near and far to contribute their own found objects or movements from now through the premiere of the work.   Combining elements of modern day technology-based “crowdsourcing” with elements of post-modern aesthetic traditions (e.g. found object, ready-mades, collage, combines, trash art, junk art, art brut), “Some Assembly Required” enables people with adventurous spirits from anywhere around the world to contribute to a community-based art project through social media connections.

The performances are intended to be a celebration of community art-making with a “Stone Soup” approach which allows audiences of all ages to play a part.  “Many of the traditional stories of ‘Stone Soup’ or ‘Nail Soup’ involve traveling swindlers who try to trick villagers into providing ingredients for their soup so they can eat a good meal,” noted CD/FW artistic director Kerry Kreiman.  “The swindlers would loudly comment, ‘If only we had a little this or a little that for the flavor, then it would be just perfect!’  Gradually, and sometimes reluctantly, bystanders would start contributing out of curiosity so that they could get a taste of the soup.   Eventually they had everything they needed and more.  In the end, everyone goes home happy that they have eaten the best soup they ever tasted.  Of course, the most magical ingredient in the story is that everyone chipped in to create a shared community celebration.  Social media operates in a similar fashion in that the websites ask you to contribute your personal property/content to the social soup of virtual community conversation, dialogue and interchange.  The end results can be horrifying, amazing, or inspirational.  The ‘swindlers’ may still be getting exactly what they want, but for believers in the positive possibilities for this virtual interchange there is a reoccurring underlying theme –  as individuals we often do not have the awareness or foresight to understand what is truly possible when we work together as a group.”

Composer Austin Patton commented on his quest for found sounds:  “For a number of years now I’ve been collecting a variety of metal objects which make interesting sounds.  Ever since I was a kid, I’ve been fascinated by all sorts of sounds in daily life.  I’m interested in learning about what types of sounds other people find interesting in the objects around them, so I look forward to hearing suggestions!”

“Some Assembly Required” challenges the artists involved to create a new “whole” which is greater than the sum of its parts, while also acknowledging that the roles of chance and indeterminacy lead to new discoveries and possibilities.  The performances will blend pre-determined structures with elements of improvisation and spontaneous invention in such a way that each performance will be unique.  By inviting an extended group of “outsiders” to contribute to the creative process, the artists are forced to stay open and curious to the many possibilities inherent in the donated materials.

CALL FOR “INGREDIENTS”:  If you’d like to contribute an idea or “ingredient” to the project, you’re invited to submit movement suggestions for the dancers/choreographers by posting photos, videos, or descriptions of found/observed movements/shapes to CD/FW’s Facebook page timeline, or the related Event pages for the project.   If you’d like to donate a found object for consideration as a musical instrument/found sound generator, you can also submit your suggestion via a posted photo or message, and CD/FW reps can then contact you to arrange a delivery.     (Last minute donations of instruments/movements will be considered on site prior to each performance, but we would prefer to receive suggestions and contributions earlier during the development and rehearsal process.  The creators cannot guarantee that all submissions will be included, but will do their best to include all suggestions within the structure.   The sooner you submit your suggestions, the more likely they will be integrated into the formal choreographed phrases and musical composition.  (If you submit by June 30,  and your contributions are selected for inclusion, your name will be listed in the printed program as a contributor to the creative content.)

Austin Patton is a local musician and artist specializing in dance accompaniment, and found object sculpture.  He has had the privilege and pleasure of working with many great artists both in and outside the dance community.  Austin especially enjoys exploring the interplay between music and movement, feeling that these disciplines are interconnected, and often can have a profound influence on one another:  “Music, dance, and art are universal.  They help us understand our culture, express ourselves, and aid in interpreting the world around us.”  Austin’s previous collaborations with CD/FW include “Sculpture Dance” traveling performance events at NorthPark Center, special family festival events at the Kimbell Art Museum and the Dallas Museum of Art, and appearances in “Dance Delivered” lecture-performances at area public schools targeting primarily at-risk student populations.  He has served as a dance accompanist for the TCU School for Classical & Contemporary Dance and for Bill Evans workshops hosted by CD/FW.