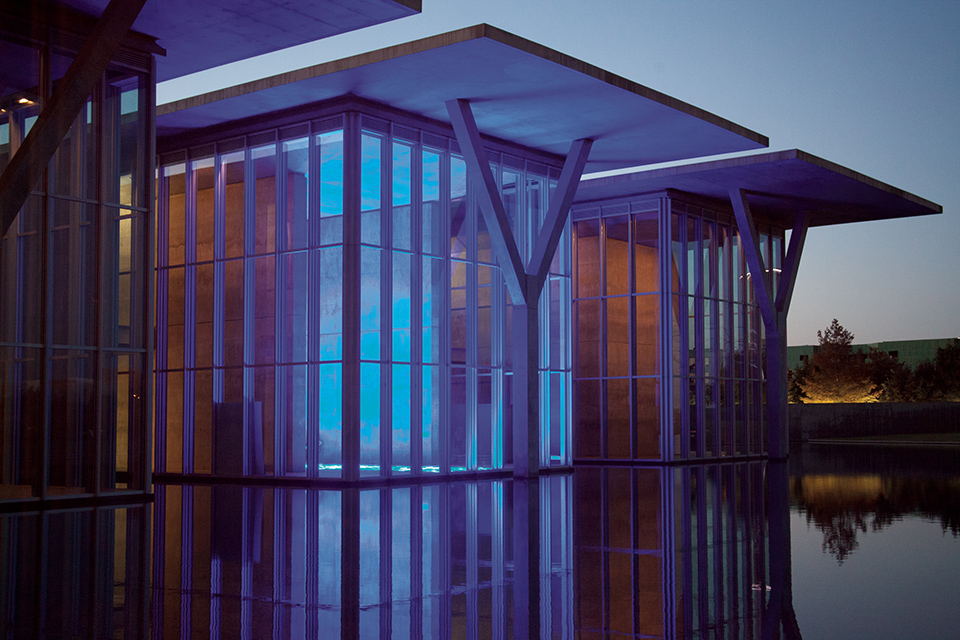 In 2017, the Modern Art Museum of Fort Worth celebrates its 125th Anniversary, making it the oldest museum in the state of Texas and one of the city’s most prized cultural gems. In honor of this important milestone, the Museum will open its doors and welcome the community, free of charge, to toast this wonderful occasion together on Saturday, December 9th from 10am – 8pm. From unique gallery tours, to visiting with Santa and holiday characters throughout the building, this is a celebration not the be missed! And of course, come sundown, guests are invited to sip hot chocolate on the Great Lawn and experience the Modern Lights – the first time in the Museum’s history when more than 30 trees around our campus will light up the night to ring in the season! Save the date and we’ll hope to see you there! Parking information here.

HISTORY
The Modern Art Museum of Fort Worth is the oldest art museum in Texas and one of the oldest museums in the western United States. The Modern was officially chartered on April 25, 1892, as the Fort Worth Public Library and Art Gallery, but the name and mission have evolved over the years. The 25 women who founded the library and art gallery sought to bring a different sort of culture to the historically cattle-focused city.

Approaching Storm, 1875, by George Inness, the first artwork purchased for the museum’s permanent collection, is on view through the end of the year in the Grand Lobby in honor of this significant anniversary.

Another milestone to celebrate, December 14, 2017, marks the 15th anniversary of the Modern Art Museum of Fort Worth’s building designed by Tadao Ando.