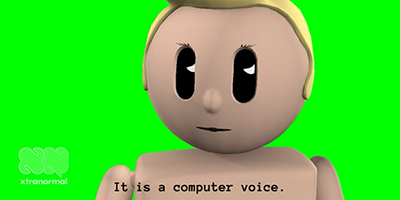 We are sandwiched between the “real” world and cyberspace, and through acceleration and diffusion of attention, we accept such changes rapidly. Before doubts are even formed, our thoughts are interrupted by funny videos sent by friends, or by our ecstasy for the hundreds of “likes” that a selfie earns in ten minutes. More is less. Everything is a datum, and everything performs for data. We critique and dance at the same time. By the time we are about to leave this world, we might feel like we have never lived.

—Cao Fei, quoted in Alison Hearst’s essay “The Global Village” in the exhibition catalogue, I’ll Be Your Mirror: Art and the Digital Screen

Alison Hearst, Modern Art Museum of Fort Worth curator, opens her catalogue essay “Global Village” for the Modern’s I’ll Be Your Mirror: Art and the Digital Screen with a poignant quote by Cao Fei, an artist featured in Hearst’s timely exhibition. In this opening essay, Hearst acknowledges that Fei “sums up some of the ways that today’s hybrid world overlays so-called reality with a life that is increasingly lived through screens.” With that, Hearst launches her own investigation, celebration, and critique of “art and the digital screen” with an ambitious installation of work by no less than fifty artists who map and illuminate a history that increasingly forms and defines us, serving as a mirror.

For Tuesday Evenings at the Modern, Alison Hearst shares her fascination with the subject matter and planning of the exhibition and reveals her findings through the works of artists who are credited with art’s turn toward the digital and all that it represents, as well as younger artists uncovering new ground in today’s all-consuming digital age.