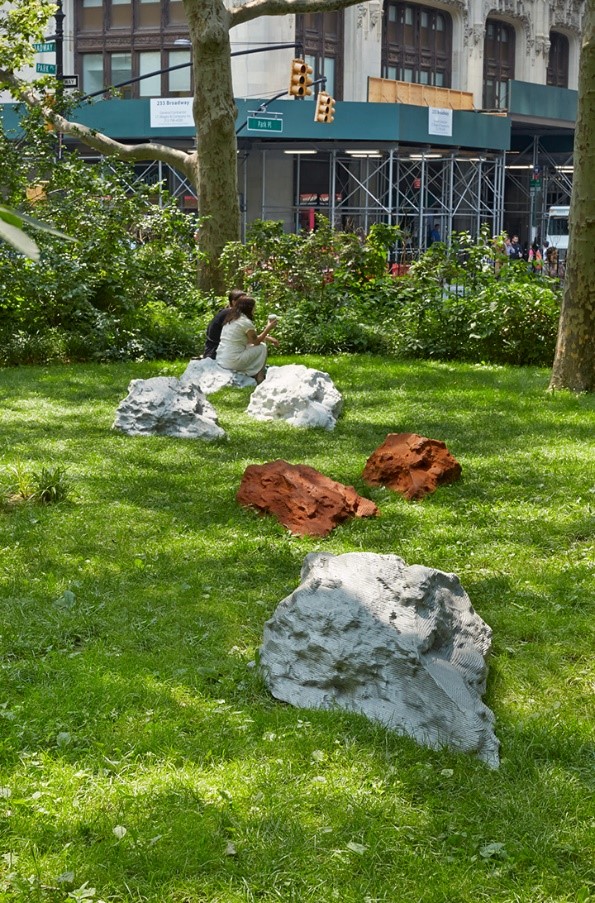 October 6– “The Public Object: On Sculpture and Thingness in Public Space”
What makes an object a sculpture? What makes a thing recognizable as art? How does the public realm shape these questions differently than the white cube?

Andria Hickey is Curator at the Public Art Fund, where she has curated exhibitions throughout New York City with artists such as Danh Vō, Katharina Grosse, and Oscar Tuazon, as well as the group exhibitions Lightness of Being (2013), Configurations (2012–13), and A Promise Is a Cloud (2011–12). Her current group exhibition, Image Objects, explores the nature of public art in the digital age and is on view at City Hall Park until November 20. Prior to working for the Public Art Fund, Hickey was curator at Art in General, a nonprofit gallery in Lower Manhattan, and from 2007 to 2010 she was curatorial fellow in the department of visual arts at the Walker Art Center. In addition to operating through institutions and organizations, Hickey established herself early on as an independent curator and writer in Montreal and Newfoundland. She continues to pursue her personal interests through various independent endeavors, such as her recent group exhibition Objects Food Rooms at Tanya Bonakdar Gallery in New York.

For Tuesday Evenings at the Modern, Andria Hickey expands upon her recent curatorial work to explore the shifting nature of the art object from the sanctioned art spaces of galleries and museums to the unyielding context of the public realm.