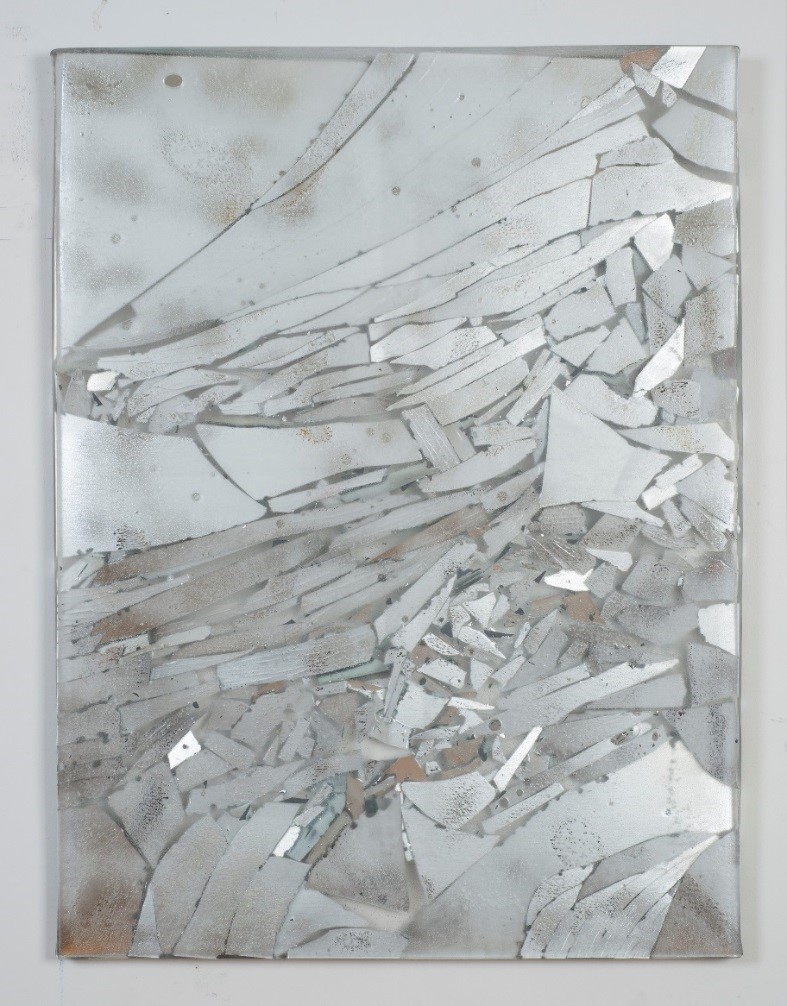 "Exuberance is beauty," William Blake said, and Luca Dellaverson's show is nothing if not exuberant. This 28-year-old artist has energy, ideas, ambition, and desire, along with an admirable sense of respect of art world elders and history. His paintings abound with references to literary, artistic, and pop culture figures ranging from Robert Graves, Cady Noland and David Hammons to Jurassic Park references. . . . More interesting is the element of undoing in this work, the way in which the artist makes and then breaks down his source connections, so to speak, undoing and defacing conventional ideas of painting, beauty, form, and structure. Benjamin Genocchio, “Luca Dellaverson’s Art of Undoing at Jack Tilton Speaks for a New Generation of American Artists,” artnet, July 2, 2015

Luca Dellaverson, a New York–based artist, was described in a 2015 artnet review of his solo exhibition at Jack Tilton Gallery in New York as “a thinker, as much as a maker—a thinker who puts ideas into action through the act of undoing.” There is a destructive quality to Dellaverson’s work that seems to suggest the need to destroy in order to begin anew, or perhaps to establish that the act of undoing is a way of fully knowing. (One might be reminded here of Robert Rauschenberg’s act of officially erasing a Willem de Kooning drawing in 1953.) This is, of course, all speculation, but what is certain is that Dellaverson’s process results in something simultaneously beautiful and tragic, within the realm of the sublime.

For Tuesday Evenings, Dellaverson presents his work as it has progressed over the past few years, through exhibitions in New York and in Europe, offering insight within the historical context of painting.