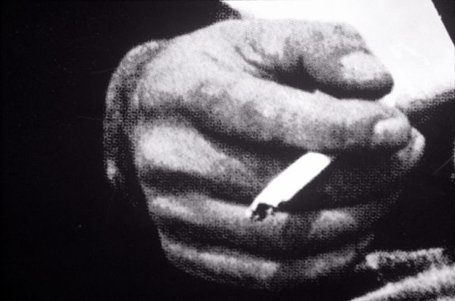 October 21—Carlo McCormick, a culture critic and curator living in New York, is the author of numerous books, monographs, and catalogues on contemporary art and artists. He curated the exhibition The Downtown Show: The New York Art Scene, 1974–1984, which debuted at the Grey Art Gallery in New York in 2006 then embarked on a national tour, and contributed the essay “A Crack in Time” to the acclaimed catalogue The Downtown Book: The New York Art Scene, 1974–1984. Writing about art in the 1980s, first for the now-defunct East Village Eye and subsequently for Paper Magazine, where he is Senior Editor today, McCormick has a particularly fresh and informed take on art of the 1980s in New York. He writes, “Reactive and rambunctious, art in New York City during the 1980s responded to a series of failures -- the end of the modernist project, the disillusion of the American dream and the collapse of the city itself. In turns ecstatic, melancholic and extremely angry, New York’s downtown art scene spoke to new liberties and old restraints with a profound passion and poetics.”