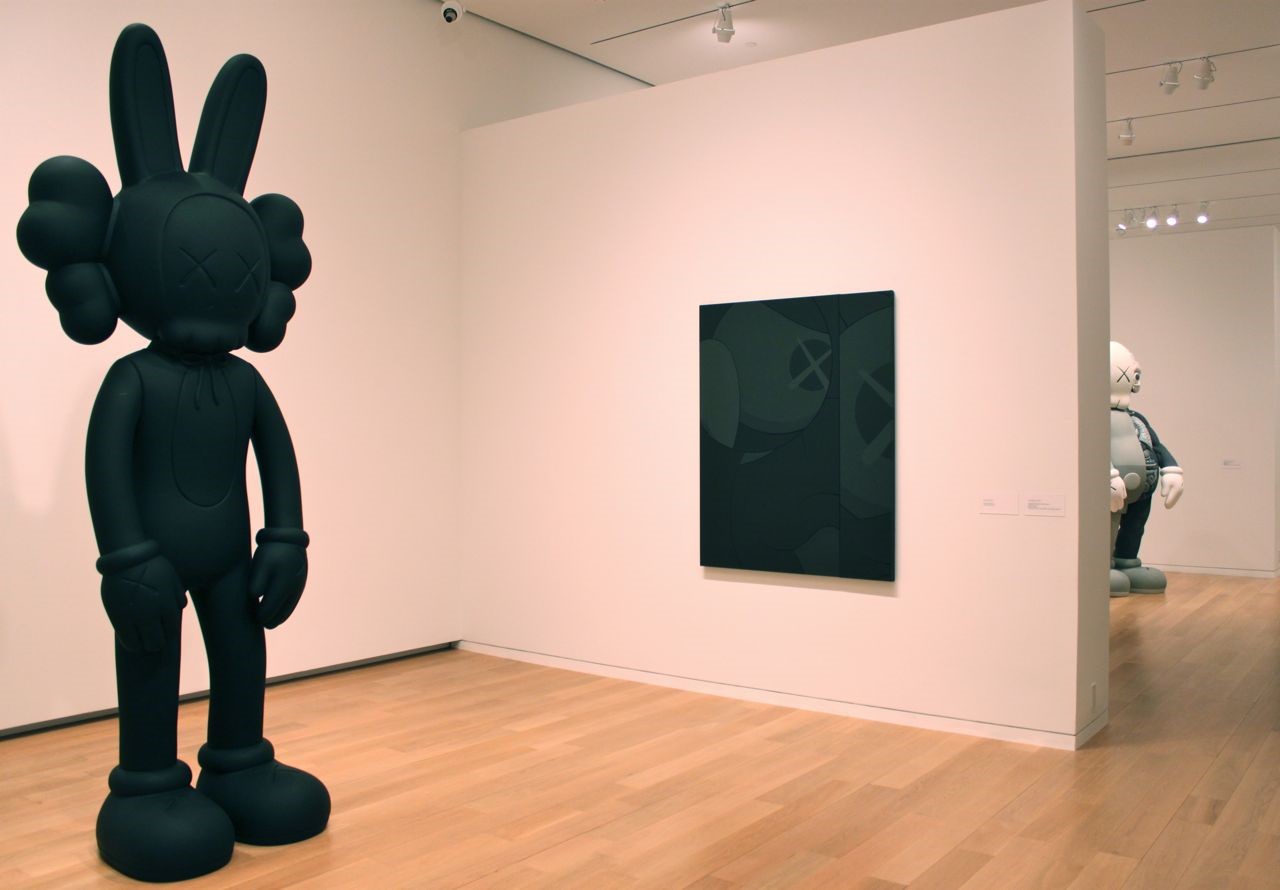 Unlike most famous artists, KAWS has something few in visual art actually enjoy: rabid fans who wait on line for days just to see what his latest project will be. What makes this even more noteworthy is that he himself is a fan, subject to the same process of collecting stuff as a way of constructing one's identity as the kids around the globe who fetishize his work.

Carlo McCormick, a critic and curator living in New York City, uses his unique insights and longterm friendship with the artist KAWS to set up the Modern's exhibition KAWS: Where the End Starts. With the perspective of a friend and the concerns of a cultural critic, McCormick wrote in Paper Magazine, for which he is senior editor, “Years ago John Waters told Paper that one of the things he loved best about art was that it was a hermetic little world that totally intimidated most people, and while we must agree with that, there are occasionally those exceptional figures like KAWS, who are able to reach a vast audience in utterly direct ways, that are ultimately transformative.”

Having written extensively on KAWS since early in the artist’s career, McCormick provides an art historical and cultural context for the work seen in this exhibition. His Tuesday Evenings lecture, titled “KAWS and Effect,” offers insight into figurative, narrative, and comic tangents in art that have influenced the work of KAWS. Featuring art from the KAWS’s personal collection, McCormick’s presentation looks at how outré historical figures such as Peter Saul, H. C. Westermann, Martin Wong, Keith Haring, and movements like the Hairy Who in Chicago and postwar Japanese pop have inspired and informed KAWS's own personal iconography and style.