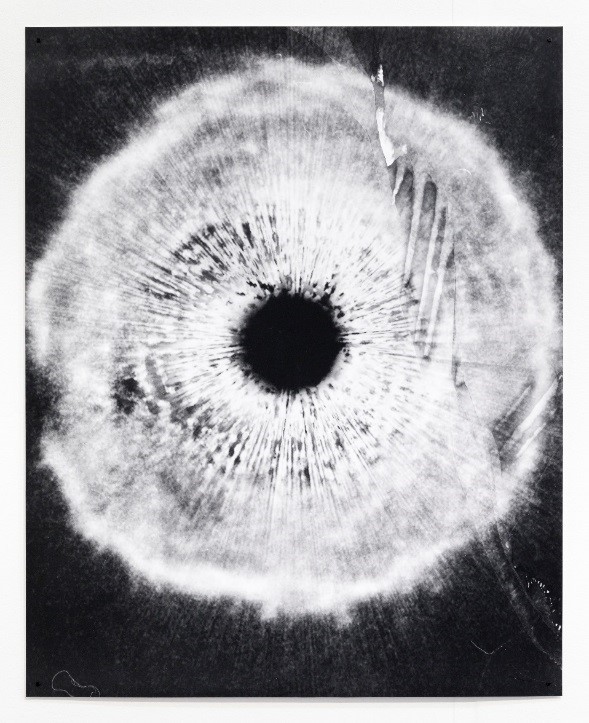 My work is about a lot of things . . . aging, sexuality, mortality, parenting, environmental collapse, mass murder and guns, macrocosms and microcosms, the domestic, feminism, motherhood and mother artists, making do, confinement, misogyny, available means, lifestyles, access, the internet as the source of all things (appropriation) and how that ties to limits on time and access, art historical allusions, advertising . . . touch, tactility and ghosts, analog and digital, authenticity, screens and distraction (an opiate of the masses), destruction via war and through consumption/pollution, violent attacks on film and IRL, the sysphian/entropic, making unseen forces visible, the privileging of sight.  Eileen Quinlan, press release for Too Much, Miguel Abreu Gallery, New York, 2018

Eileen Quinlan is an internationally renowned artist whose work is often described as abstract photography, a label the artist resists, identifying instead as a “still-life photographer.” Art historian Thomas McDonough expands on the conceptual strands present throughout Quinlan’s practice in his essay for the recently published Eileen Quinlan: Good Enough, writing that her photographs “necessarily hover in the space between ‘sublimate’ – alienated, ideological, phantomlike – and ‘substrate’ . . . or, to put it more bluntly, they are as much about materialism as materiality.” The press release for Quinlan’s recent solo exhibition, Too Much, counters, “In her more recent work, however, Quinlan turns toward more directly existential concerns.”

In this Tuesday Evenings presentation, we hear directly from the artist on where she’s been and where she’s headed. Quinlan’s work is powerful in its questions and its form. She has been duly recognized with exhibitions across the globe, including the selection of her work for the 57th Venice Biennale exhibition VIVA ARTE VIVA, curated by Christine Macel in 2017.