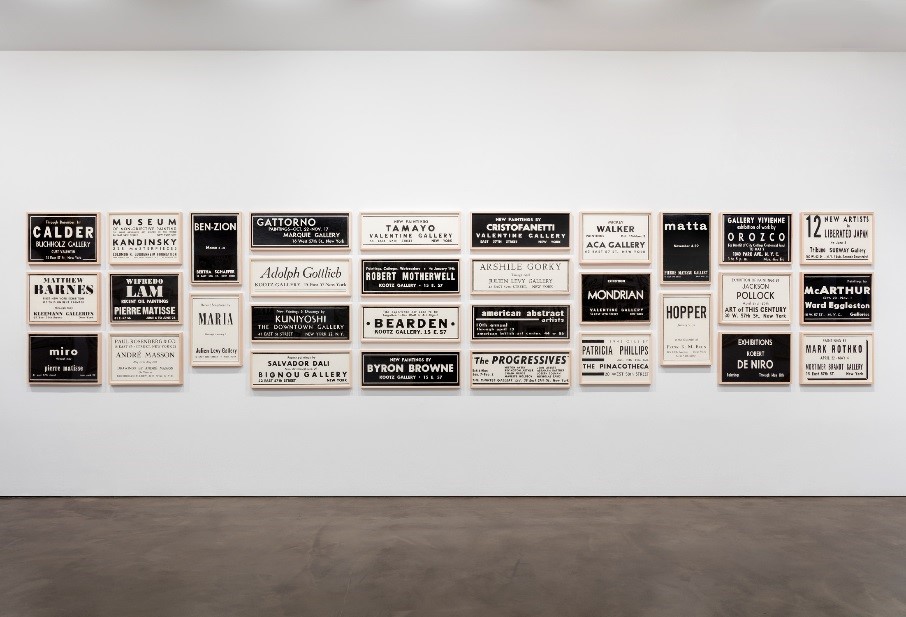 Minus the gold leaf, they function like pictures with pronounced textual elements — in other words, illustrated manuscripts for the 21st century.
Christian Viveros-Fauné, “Fernando Bryce, One-of-a Kind Copyist, On View in Chelsea,” Village Voice, December 15, 2015.

April 5 – Fernando Bryce is a New York- and Lima-based artist, renowned in his home country of Peru and recognized internationally for his “mimetic analysis,” in which he culls archives for print materials such as advertisements, newspaper articles, and propaganda pamphlets in order to faithfully reproduce a carefully chosen selection for his own ink-on-paper “reconstructions.”

Bryce’s most recent exhibition, at Alexander and Bonin in New York this past fall, addressed the discourse of universal values during the 1940s and 1950s with three major works: The Book of Needs, Arte Nuevo, and ARTnews 1944–1947. He chronicled the changing international climate at the end of World War II and the beginning of the Cold War and surveyed media representation of the subsequent cultural shifts. Art historian Andrea Giunta writes for the exhibition, “Through his method of mimetic analysis, [Bryce] reproduces and renews the archive he has compiled around this system of representations that drew a triangle between Paris, New York and Buenos Aires. The meticulous copying of the original gives new life to the written word and to everything these texts and images condensed. . . . By bringing this archive into the present he clearly goes beyond a simple archeology of the past.”

For Tuesday Evenings, Fernando Bryce shares his scrupulous and deliberated approach to artmaking that produces such ambitious works.