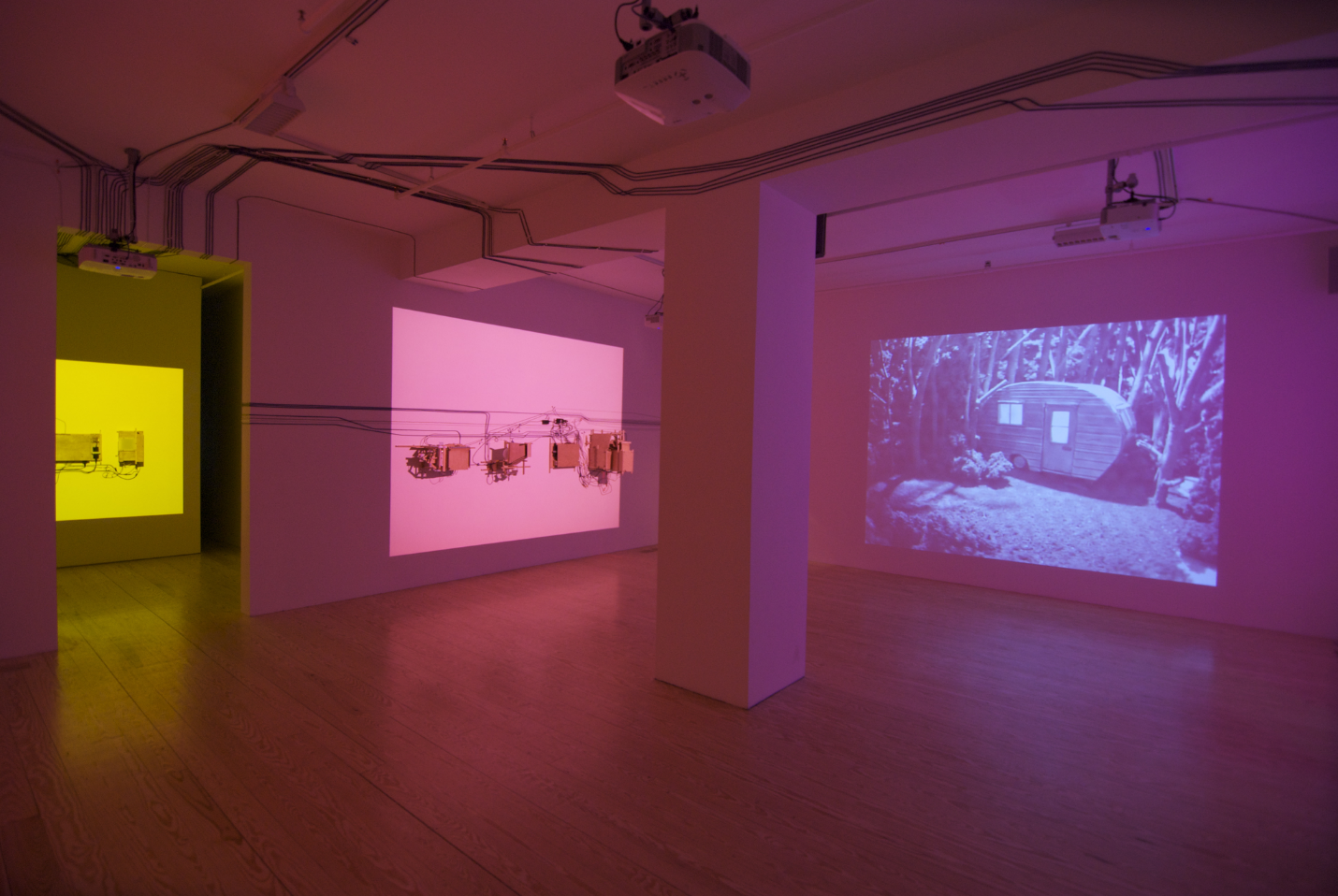 I think you and I both fell hard for Jeff Shore and Jon Fisher’s room, which is motion-activated, and the sound aspect of it is crucial. Though they’re also the ones who completely obliterated their cylinder by building a square video projection room inside it. Those guys are so, so good. Christina Rees in “A Conversation About Art and the Silos on Sawyer,” Rainey Knudson and Christina Rees, Glasstire, October 30, 2017

Jeff Shore and Jon Fisher, two mixed-media artists based in and near Houston, present a look at their work over the last 20 years as they discuss the various interests that drive their inspiration. Shore and Fisher started their collaborative practice in 2002, with Shore developing the visual aspects and Fisher the auditory. Shore, trained as a visual artist, conceives and builds the sculptural components and operating mechanisms, while Fisher, a musician, builds the electronics, writes the software, and creates the original soundtracks. The result of this collaborative effort is a series of kinetic devices and installations that are mesmerizing and often dumbfounding.

For Tuesday Evenings, Shore and Fisher share their experiences as collaborators and how their works and practices have evolved over time.