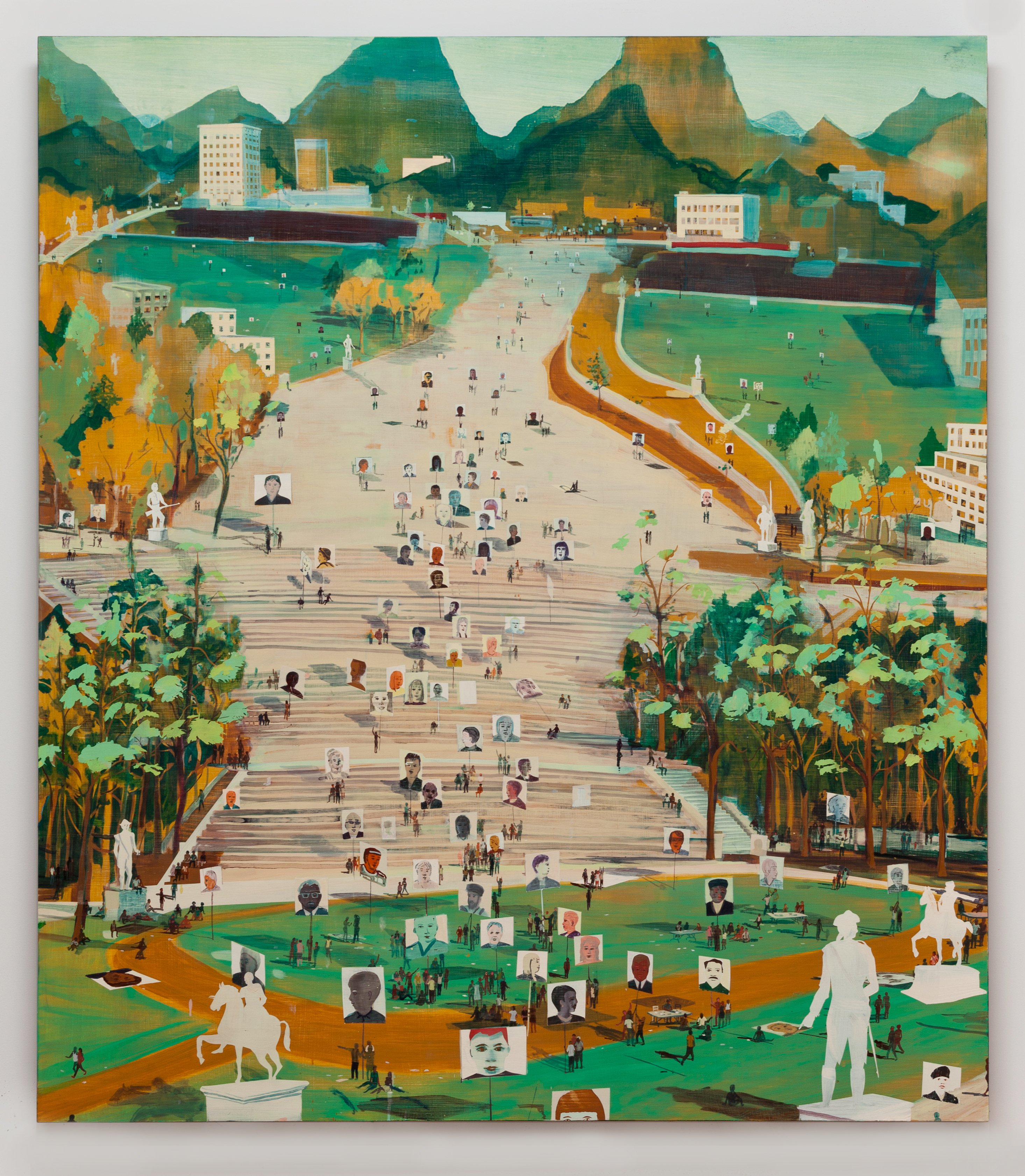 November 18—Jules de Balincourt, the artist featured in the Modern’s exhibition FOCUS: Jules de Balincourt, works from the position of an outsider on paintings of American politics and marginalized communities, both utopian and dystopian, in compositions that explore the shifting relationship between representation and abstraction. Paris-born and now Brooklyn-based, de Balincourt has been the subject of a number of international solo exhibitions, most recently his current exhibition Blue Hours at Galerie Thaddaeus Ropac in Paris, last year’s L’Ange de l’Histoire curated by Nicholas Bourriaud at Palais des Beaux-Arts in Paris, and Jules de Balincourt Paintings 2004–2013 at the Montreal Museum of Fine Arts. De Balincourt’s work was included in Greater New York at PS1/MoMA in 2005 and USA Today at the Royal Academy in London in 2007, launching a career as dynamic as his paintings. Such success is explained by the intelligence, passion, and confidence de Balincourt brings to painting and his life as an artist. Alison Hearst, curator of FOCUS: Jules de Balincourt, writes, “Countering the conceptual and theory-driven movements in contemporary art, de Balincourt’s works are immediate, intuitive, and open-ended as they explore the perimeters of the conscious and unconscious mind.”

For Tuesday Evenings, Jules de Balincourt shares his work and experiences over the past decade.