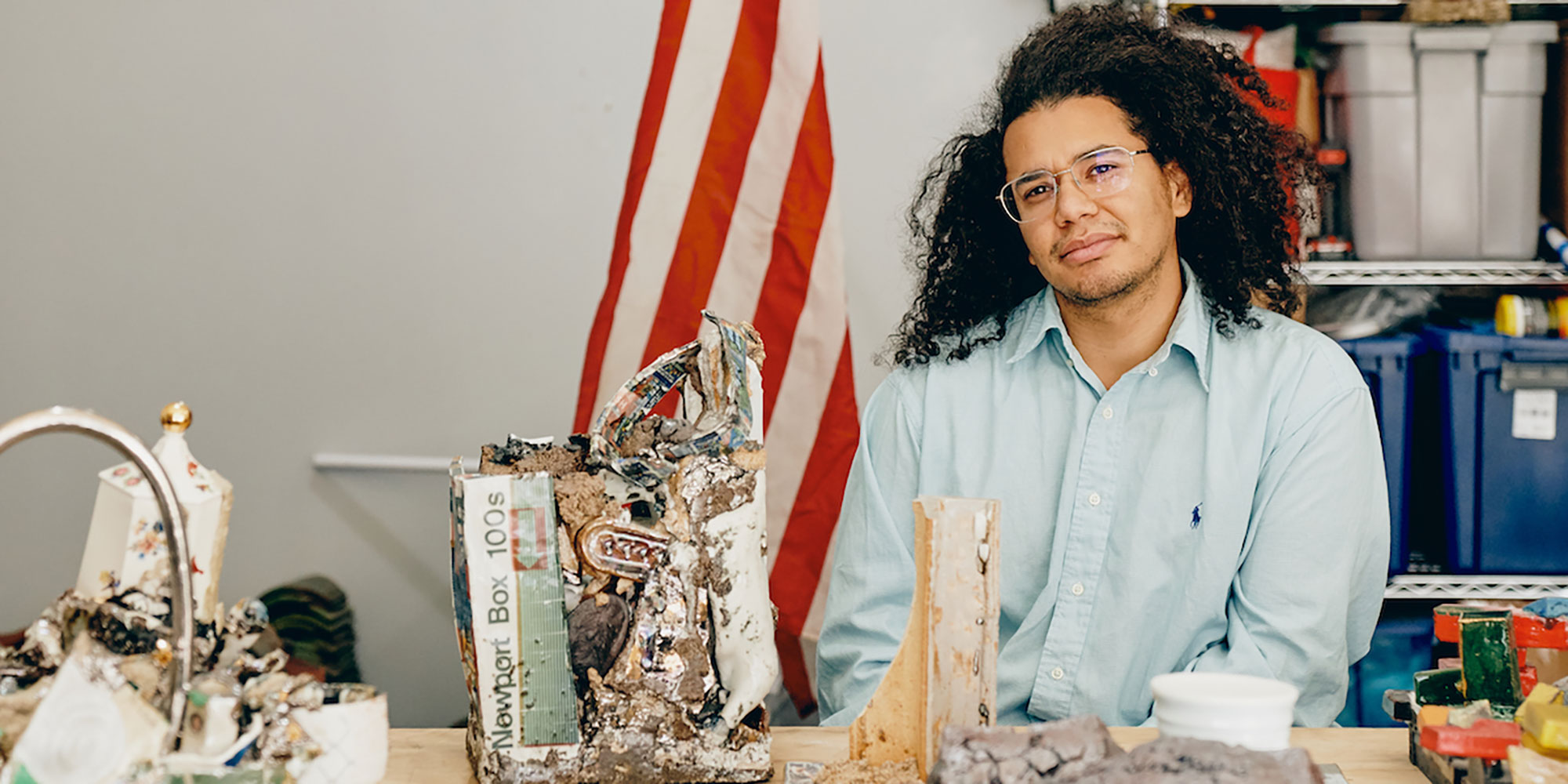 Your work can be everlasting. There are always citations inside of the citations. Process inside of process. You’re underscoring the relationship between body and machine. You as the creator and the ways various technology informs your process...
—Legacy Russell, from a 2022 interview she and Thelma Golden conducted with Kahlil Robert Irving for the Museum of Modern Art exhibition they curated, Projects: Kahlil Robert Irving.

Kahlil Robert Irving, a Saint Louis-based artist, is receiving a great deal of critical acclaim for what is described in the I’ll Be Your Mirror: Art and the Digital Screen catalogue as “personal, conceptually layered and poignant work which assimilates technology to illuminate political and cultural complexities within American society.” For Tuesday Evenings at the Modern, Irving speaks to his participation in I’ll Be Your Mirror and how the new work commissioned especially for the exhibition developed, while also touching on his influences and important themes embedded within these pieces. In addition, Irving offers insight into his use of lens-based material in relation to his long-term practice of making sculpture.

Irving is returning to Tuesday Evenings after participating in the Modern’s virtual programming during the pandemic, Being There: Tuesday Evenings with the Modern, through a special invitation by prior Tuesday Evenings participant and artist Glenn Ligon. Currently, in addition to his contributions to I’ll Be Your Mirror, Irving is the Modern’s guest artist for MODERN BILLINGS with artworks displayed on billboards throughout Fort Worth.

Kahlil Robert Irving, born in San Diego, California in 1992, was an MFA Fellow with the Sam Fox School of Design and Visual Art, Washington University in St. Louis, and received a BFA from the Kansas City Art Institute. His work has been featured in exhibitions nationally including at the Museum of Modern Art in conjunction with the Studio Museum of Harlem, New York; Nerman Museum of Contemporary Art, Kansas; the New Museum, New York; Wesleyan University’s Center for the Arts, Connecticut; and the Modern Art Museum of Fort Worth. Upcoming exhibitions include Kahlil Robert Irving: Archeology of the Present at the Walker Art Center, Minneapolis.