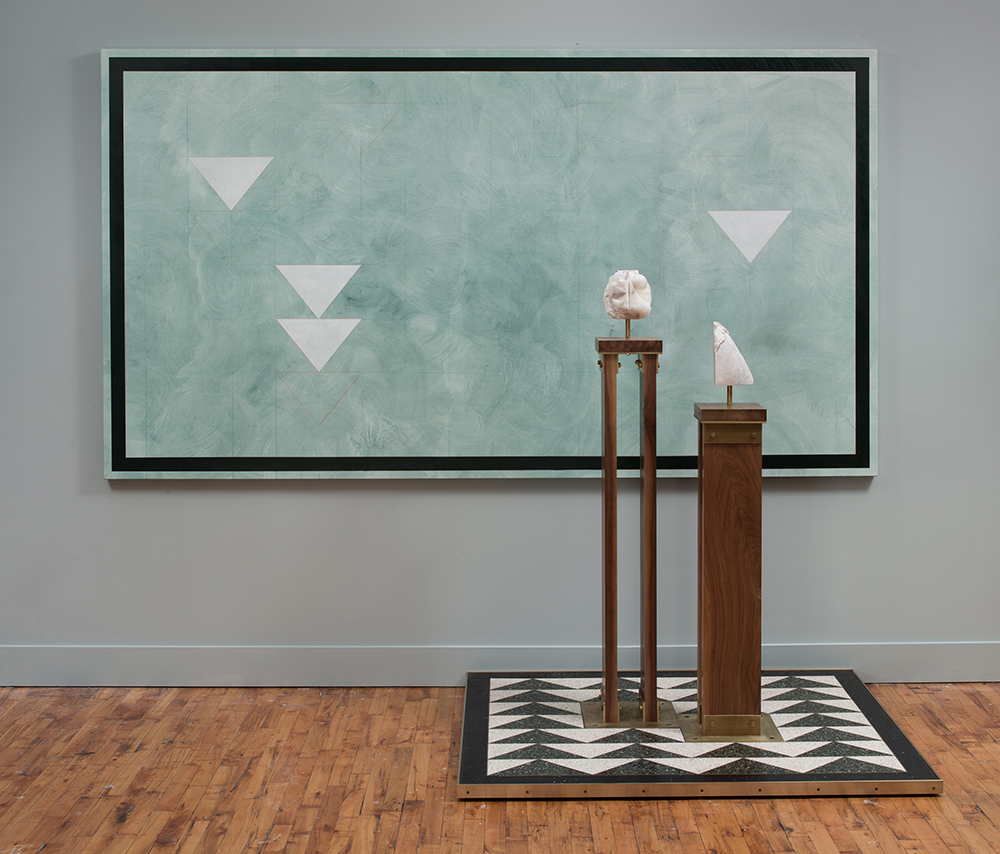 Kamrooz Aram, a Brooklyn-based artist whose works often challenge a modernist disdain for decoration, shares his thoughts on ornament and its complex relationship to modernist painting and exhibition design as demonstrated in his own varied practice in which painting, collage, sculpture, and the art of display operate as equals. Aram’s paintings reveal the essential role that ornament played in the development of Modern art in the West. He complicates the correlation between ornament and decoration, asserting the history of ornament as a drive toward the absence of figuration, a movement toward abstraction. His sculptural works and collages utilize exhibition design as a medium, challenging the perceived neutrality of museum installations with deliberate, invented contexts for the objects and images he displays.

This Tuesday Evenings presentation sheds light on the Modern’s exhibition FOCUS: Kamrooz Aram, while casting a wider net, as Aram’s practice invites viewers to reconsider conventional definitions of ornament and the decorative, insisting that the same kind of meaning can be found in ornamental forms as one would find in abstract painting. For Artforum’s January 3, 2017, “500 Words,” Aram notes, “I tend to embrace some of the more taboo subjects in art. For instance, making something that’s emotional, or that has a spiritual presence—these are things that are difficult to talk about because they’re dismissed, by academia mostly, as things that lead to subjectivity and sentimentalism. But not all emotions lead to sentimentality, and not all definitions of spirituality have to do with subjectivity.”

Image credit: Kamrooz Aram, A Monument for Living in Defeat, 2016