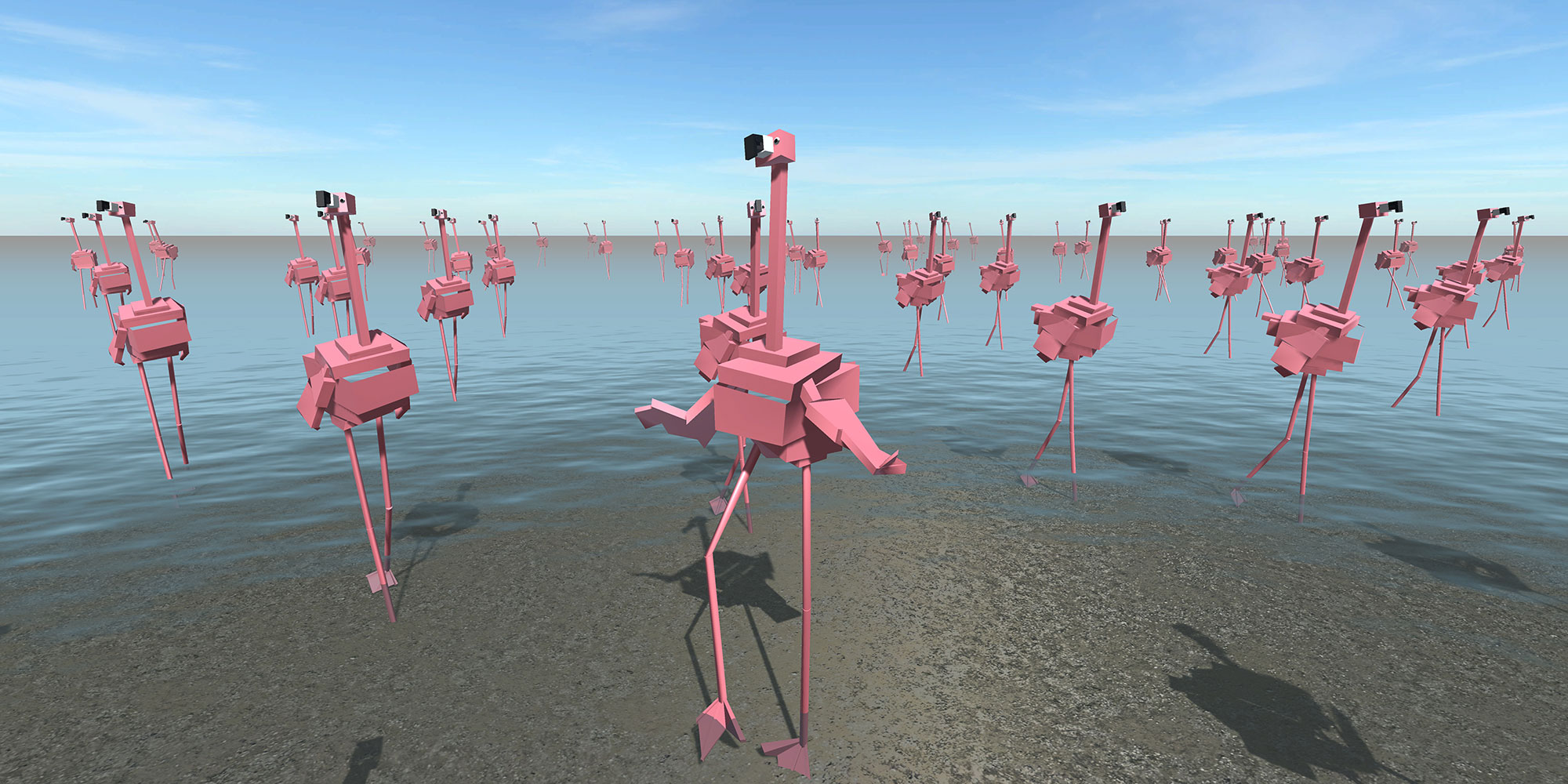 The most playful interactive work in “I’ll Be Your Mirror” is Kristin Lucas’s “FlARmingos,” an augmented reality experience that allows the user to dance with animated flamingos superimposed on real-life settings. First created in 2017, the piece has evolved through the years. —Susan Delson, “Making Art for the Age of Screens,” Wall Street Journal (January 13, 2023)

Kristin Lucas is an artist represented in I’ll Be Your Mirror: Art and the Digital Screen who explores boundaries in work that spans the genres of moving image and new media, focusing on reimagining, questioning, and thinking through paradigms, often in collaboration with an audience. Paul Slocum is a curator, software developer, artist, musician, and director of the new media art gallery, And/Or Gallery in Pasadena, California. Lucas and Slocum have known and worked with each other for the better part of their careers; And/Or Gallery has represented Lucas since 2008.

Together for Tuesday Evenings at the Modern, they present their individual endeavors and discuss their shared relationship with new media and each other over decades of blazing new trails in the fields of new media and digital art.

Paul Slocum is a performing musician and artist who has shown internationally at institutions including The New Museum, MoMA PS1, Eyebeam, Andrea Rosen Gallery, and Deitch Projects in New York; The National Center for the Arts in Mexico City; The Liverpool Biennial; the Dallas Museum of Art; and the Museum of Contemporary Art Denver. His projects have been reviewed in The Wall Street Journal, WIRED, Artforum, ArtNEWS, Spin Magazine, and the Rhizomewebsite. In addition to being a software developer, artist, and musician based in Pasadena, California, Slocum is director of And/Or Gallery which shows digital art and develops solutions for digital art displays and conservation. And/Or Gallery is a new media gallery run out of Slocum’s office space. It originally opened in Dallas, Texas in 2006, where the gallery exhibited and achieved groundbreaking digital and internet art including the first exhibition of Petra Cortright and the first exhibition of internet meme cultures in 2009. The gallery moved to Pasadena in 2016.