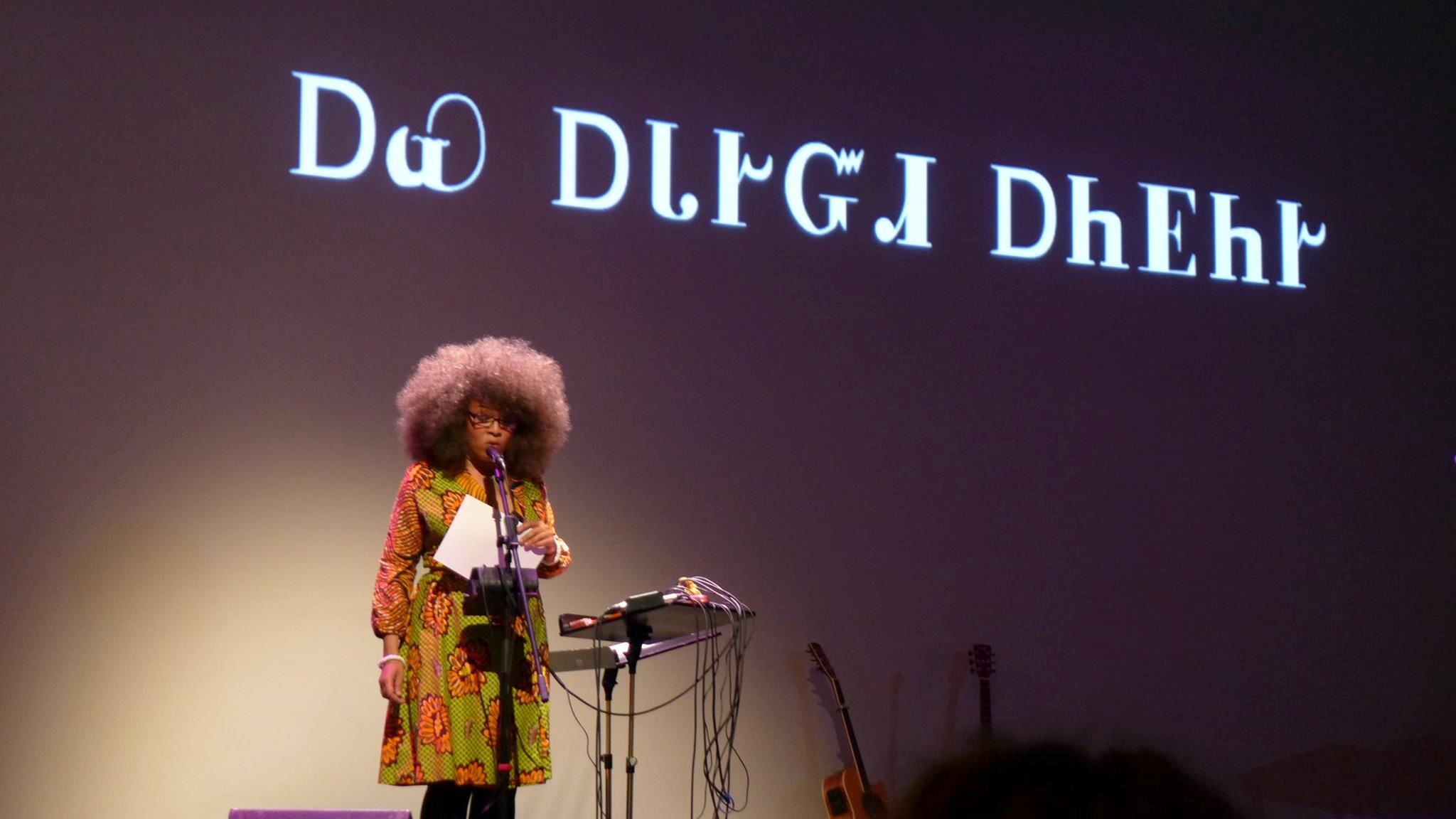 September 29–LaTasha N. Nevada Diggs is a poet, sound artist, and author of TwERK (Belladonna, 2013). Her writing has appeared in acclaimed publications including LA Review, Black Renaissance Noire, Nocturnes, The Spoken Word Revolution Redux, Journal of Pan African Studies, and Fence, and her interdisciplinary work has been featured at art institutions such as the Walker Art Center, The Kitchen, Yale University, CalArts, the Whitney Museum of American Art, The Museum of Modern Art, Reverse: Copenhagen International Poetry Festival, and the 2015 Venice Biennale.

Writer and activist Shannon Gibney has written, “LaTasha N. Nevada Diggs’ work is polyphonic, cackling with energy, and impossible to categorize. She calls herself a writer, vocalist, and sound artist, but what she really is is an intercultural mestiza — at once an interloper and a translator, an authentic and an inauthentic voice of ‘the Other,’ occupying a space that most would recognize as peripheral, but is actually movement itself. Her work, spanning a range of histories and social locations, embodies multiple languages in an effort to communicate that what is known is always contested, and what is unknown may be of equal or even more importance.”

Having contributed her poem Son of a Negro Explorer (Not) at the North Pole (Colonel Platoff) to the catalogue accompanying Kehinde Wiley: A New Republic, LaTasha N. Nevada Diggs expands on her presentation delivered this June for the 16th Poesiefestival in Berlin.