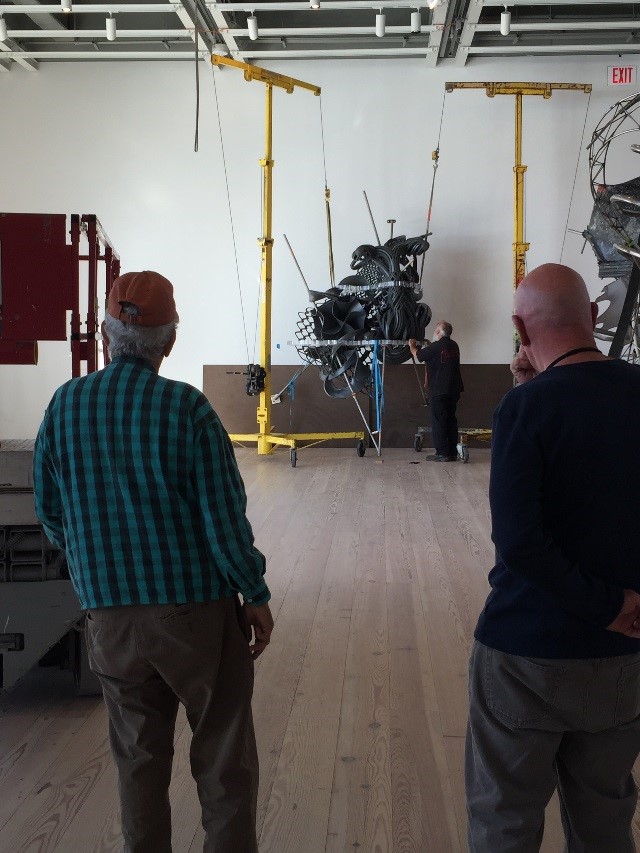 Michael Auping is one of the most significant curators of our generation. Through his exhibitions and writings, he has chronicled many of the leading artists of the last decades—often producing definitive treatments on artists from Lucian Freud, Georg Baselitz, and Anselm Kiefer to Frank Stella, Susan Rothenberg, and Bruce Nauman. Auping’s “secret sauce” is his ability to enter the minds and lives of artists, thus grasping not only the artwork itself but its conception, process, and facture. Adam Weinberg, Alice Pratt Brown Director, Whitney Museum of American Art

Michael Auping, the Modern Art Museum of Fort Worth’s Chief Curator from 1993 to 2017, shares insights gained over 40 years of interacting with some of the most important artists of our time. As a specialist in the international developments of the postwar period, organizing numerous critically acclaimed exhibitions, Auping is one of America’s foremost scholars of contemporary art. Over time and with care, he has developed important relationships with the artists he has come to know and has made it a priority since his time as a graduate student in the mid-1970s to record artists’ words, believing it an essential part of art history. The artist Jenny Holzer, who worked closely with Auping as he curated the U.S. Pavilion for the 1990 Venice Biennale that featured Holzer’s work and received that year’s Golden Lion award for Best National Pavilion, gives a glimpse into Auping’s relationship with art and artists, stating, “Michael is a very good man with a great eye who knows why he loves art, and he can tell you why cogently and with racing excitement. He is a friend to artists for the right reasons.”

This Tuesday Evenings at the Modern presentation, “40 Years: Talking and Thinking about Art,” is a biographical sketch of Michael Auping’s four-decade career as a renowned curator, relaying stories of artists such as Lucian Freud, Agnes Martin, John Chamberlain, Louise Bourgeois, Bruce Nauman, Jenny Holzer, and Frank Stella. In the related recent publication 40 Years: Just Talking About Art, in which Auping documents scores of conversations he has had with artists throughout his career, he imparts, “After forty years of studying art, I can say with confidence that the artist’s voice is the second-best place to start one’s understanding of art. Looking and experiencing art for yourself is the first.”

Prior to this Tuesday Evenings lecture will be a book signing of 40 Years: Just Talking About Art at 5 pm in the Modern's Grand Lobby with the author, Michael Auping.
A reception to honor Michael Auping's retirement will follow the lecture in the Museum's Grand Lobby.
TICKETS
_____________________________________________
Lectures begin at 7 pm in the Modern Art Museum of Fort Worth's auditorium. Seating begins at 6:30 pm and is limited to 250; a live broadcast of the presentation is shown in Café Modern for additional ticketed guests. A limited number of tickets (limit two per person) will be available for purchase ($5) from 10 am until 4 pm the day of the lecture online at www.themodern.org/programs/lectures. Free admission tickets (limit two per person) are available at the Modern's information desk beginning at 5 pm on the day of the lecture. Tickets to the cafe live broadcast will be made available at 5 pm. The museum galleries remain open until 7 pm on Tuesdays during the series (general admission applies).