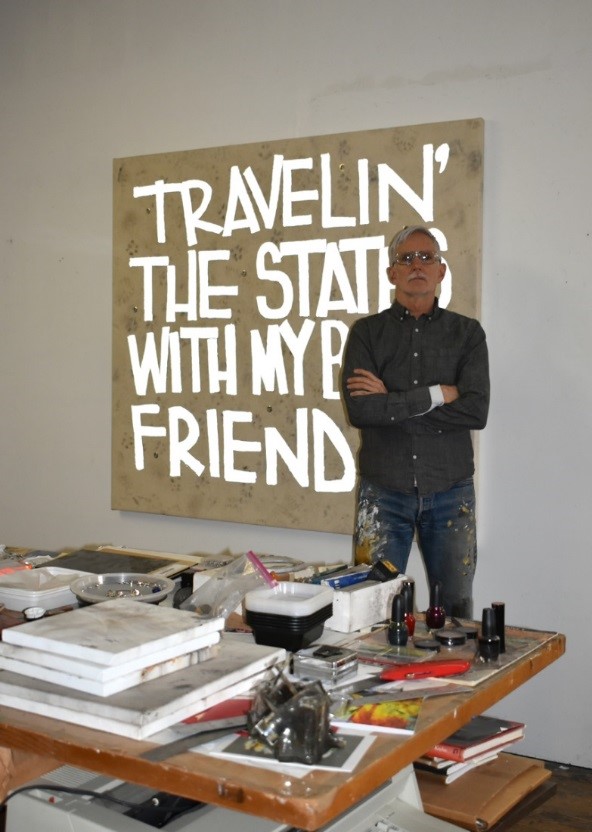 [Art] is a free spot in society, where you can do anything. Chris Burden, as quoted in a press release for Robert Beck / Robert Buck: A two-part presentation, Part 1: Robert Beck: Vestige, Ulterior Gallery, New York, 2018

New York–based transdisciplinary artist Robert Buck, whose biography locates him in New York City and “far west Texas,” changed his last name from Beck to Buck through a commitment to identity and language in his artistic operation and for conceptual purposes. For this Tuesday Evenings presentation, sign language interpretation will be provided utilizing the services of a Certified Deaf Interpreter – another nod to notions of language and the "speaking body," as he shares his work and ideas in a special presentation titled "Beauty is the last defense..." All are welcome.

Having gone through the Whitney Museum of American Art Independent Study Program, Beck/Buck has exhibited his work nationally and internationally since the 1990s. His 2017 exhibition with artist Donald Moffett, Range: Experiments in New York, 1961–2007, at the Metropolitan Museum of Art, New York, exemplifies a creative and collaborative spirit as Moffett imaginatively responded to a single work by Beck/Buck, the pages of a sketch pad he shot with a .22-caliber rifle. While compelled by an ongoing investigation of subjectivity and interpretation, Beck/Buck’s artistic practice is varied, wherein materials inform meaning and an affinity for text and all that words imply is evident. Writing as well as making, he contributed a provocative essay to the recently released Artists on Andy Warhol, part of the Dia Art Foundation publication series Artists on Artists.