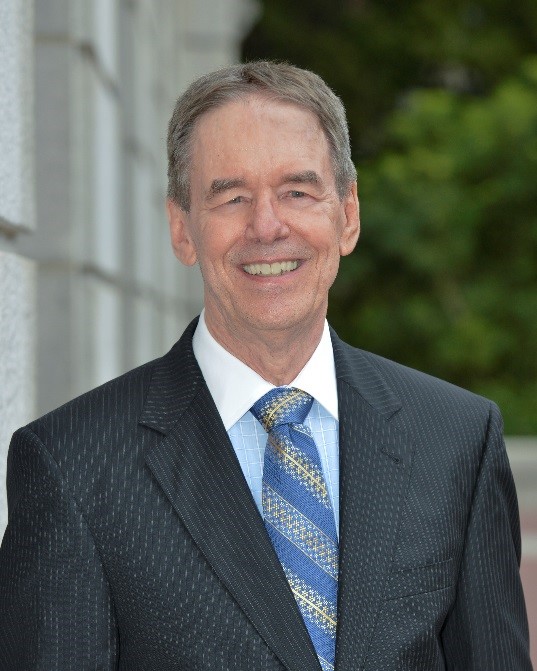 My biggest challenge in writing this book has been to leave the series as free as Stella leaves the novel. Before I could set it free however, I had to take it in, to see and to know its proliferating parts. Robert K. Wallace, from “Pictorial Voyage, More Than Meets the Eye” in Frank Stella’s Moby-Dick: Words and Shapes

September 13: Robert K. Wallace
BUY PRE-SALE TICKETS
A limited number of pre-sale tickets (limit two per person) will be available for purchase ($5) from 10 am until 4 pm the day of the lecture online at this link. Free admission tickets (limit two per person) are available at the Modern's information desk beginning at 5 pm on the day of the lecture.

Robert K. Wallace, Regents Professor of English at Northern Kentucky University and author of many books, including Frank Stella’s Moby-Dick: Words and Shapes, opens our fall 2016 Tuesday Evenings at the Modern season with his lecture “Pursuing Frank Stella’s Moby-Dick in Body, Mind, and Words.” For this special presentation, Wallace shares highlights from his physical and intellectual journey in trying to follow, and then interpret, Frank Stella’s twelve-year pursuit of Melville’s Moby-Dick—from the first prints and painted reliefs of the mid-1980s to the concluding prints, reliefs, and sculptures of the mid-1990s. Beginning in the early 1990s, Wallace interviewed Stella several times a year in his New York studio. He saw prints and sculptures in production at Tyler Graphics and Tallix Foundry, and he traveled to Japan and Europe to see as many of Stella’s Moby-Dick works in person as possible. In the wake of these various kinds of research, the ultimate challenge was to try to convey in words what Stella had achieved in his own pictorial terms in relation to the novel. This is one of our last opportunities to focus on aspects of Frank Stella: A Retrospective before this popular exhibition closes the following Sunday.