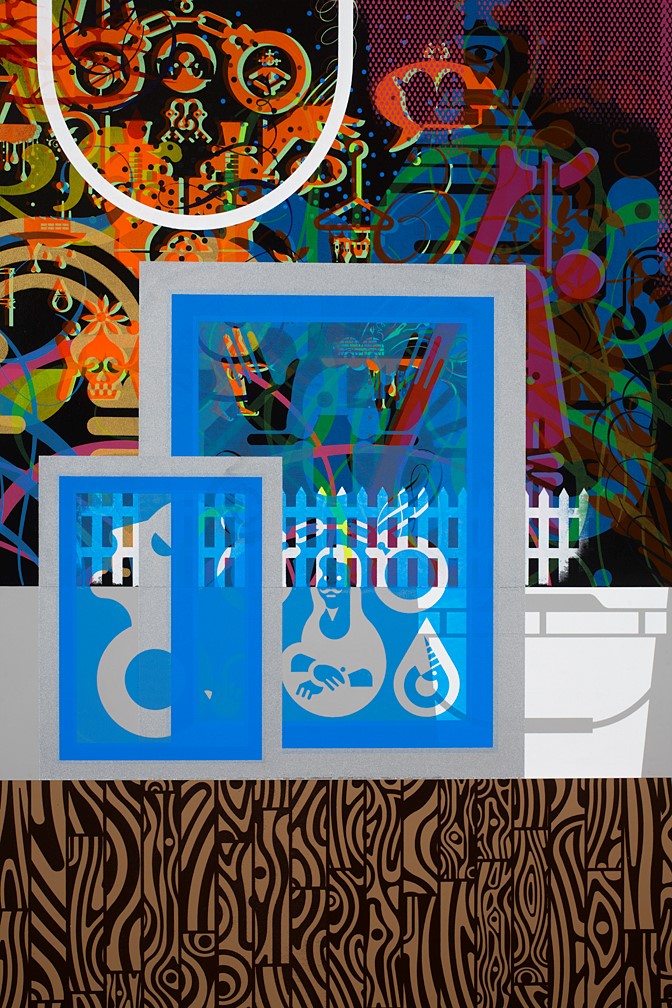 Ryan McGinness' approach to art and the art world is sardonic yet earnest, a mature version of the rebellious ethos that defined his youth in 90s skate culture. He’s soft-spoken and very tall, a gentle giant from Virginia Beach, long and far away from his current space on the top floor of a six-story former factory in New York's Chinatown. Beckett Mufson, “Ryan McGinness Thinks You’re Looking at Art Wrong,” The Creators Project, April 22, 2016

Ryan McGinness, a New York–based artist who grew up in the surf and skate culture of Virginia Beach, Virginia, is now known for his extensive vocabulary of original graphic drawings that use the visual language of public signage, corporate logos, and contemporary symbology. For Tuesday Evenings at the Modern, he presents “The Logic of this Work Is Stronger than the Logic of the World in Which it Exists.”

McGinness is credited with elevating the status of the icon to fine art through his paintings, sculptures, installations, and books. Concerned with the perceived value of forms, he assumes the power of this visual language in order to share personal expressions. The New York Times noted, “In the past decade, McGinness has become an art star, thanks to his Warholian mix of pop iconography and silk-screening.” Vogue declared, “Ryan McGinness is a leading pioneer of the new semiotics.”