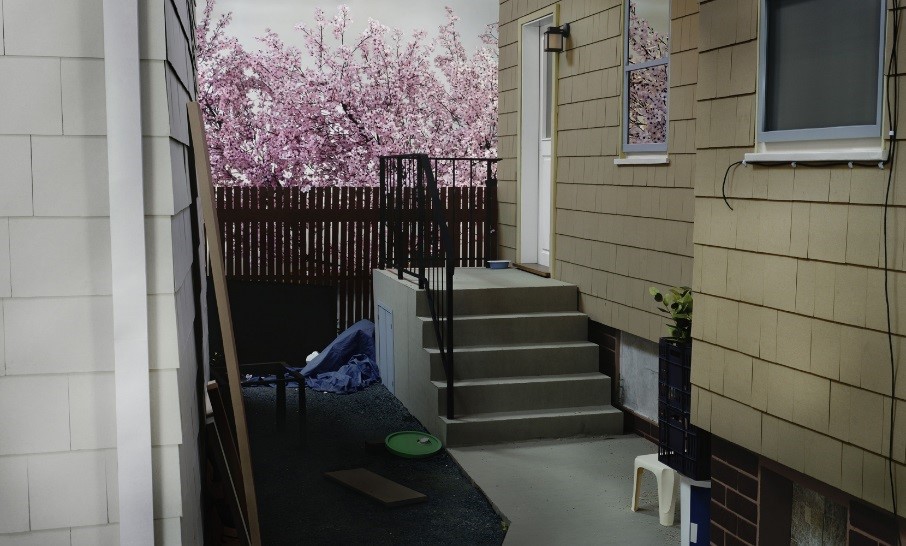 THIS LECTURE HAS BEEN CANCELLED

To form something from nearly nothing, to obtain meaning by shaping, is what this picture promises.
Thomas Demand, referring to a photograph of Henri Matisse in his studio, “Thomas Demand on Matisse,” Tate Etc. 31 (Summer 2014)

Thomas Demand, an artist currently based in Berlin and Los Angeles, was originally trained as a sculptor but is now readily recognized for his large-scale impeccable photographs that, through their construction, philosophically challenge notions of reality. Demand has explained, “I make a sculpture, then it becomes a photograph. At this point the sculpture is no longer that important, but neither is the photograph. The work is in two dimensions, but the memory of the shape that it describes remains present.” In her catalogue essay for Thomas Demand at Serpentine Gallery in 2006, Beatriz Colomina makes the important distinction that Demand is “not simply modeling something that is then transformed into an image; he is building the image itself.”

Demand’s tedious process of translation through construction and documentation, described as “constructed photography,” puts the artist in prolonged contact with the subject of each photograph. The sources of these facsimiles are generally media photographs of historically, culturally, and politically charged sites that can appear banal until the viewer makes sense of them and is taken aback by their eerie familiarity. As Alison Hearst, curator of FOCUS: Thomas Demand, puts it, “His images seem both a little uncanny and rather banal.”

For Tuesday Evenings, Thomas Demand shares work and ideas from throughout his career, including his most recent endeavors.