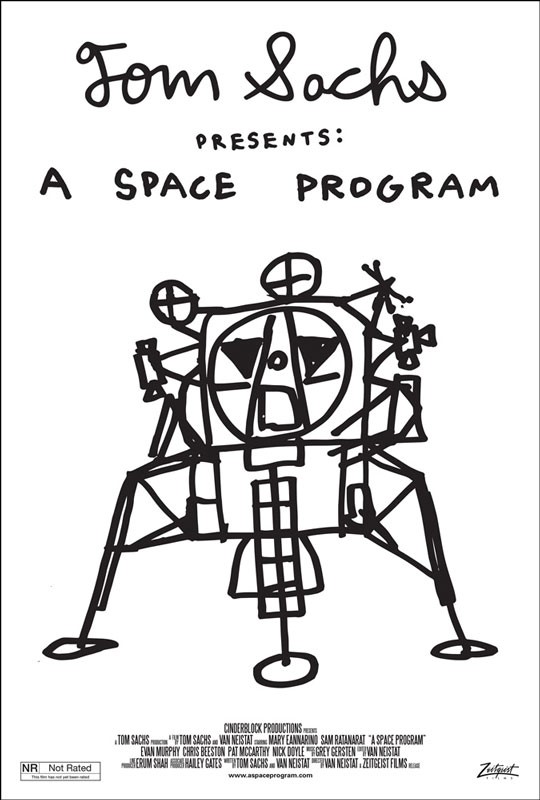 “Our space program is handmade,” Mr. Sachs explains, “guided by the philosophy of bricolage.”

Whatever else the film carries, it packs some serious whimsy. The Mars landing is handled by an astronaut successfully completing an ancient Atari video game; planetary explorations to gather and dispatch samples feature a handsaw and bottle rockets. Displaying primitive ingenuity, the movie recalls Georges Méliès and the early days of cinema. And as a tribute to NASA, “A Space Program” is rich in the core elements that have always propelled humanity’s flights of fancy: imagination and the right tools.

Tom Sachs, a New York–based and internationally acclaimed artist, returns to Tuesday Evenings at the Modern to screen A Space Program. In this highly inventive film, Sachs takes viewers on an intricately handmade journey to the red planet with an intimate, first-person look into his studio and methods. A Space Program is a work of art in its own right, as well as a recording of Sachs’s incredible project Space Program: MARS, which opened at New York’s Park Avenue Armory in 2012. For Space Program: MARS, the artist and his team built an entire space program guided by the philosophy of bricolage, something constructed or created from a diverse range of available materials and objects, which resulted in two astronauts being sent to Mars in search of the answer to humankind’s ultimate question: Are we alone?

Directed by Van Neistat, written by Neistat, Hailey Gates, and Tom Sachs, and starring Gates, A Space Program is an introduction to Tom Sachs’s innovative practice for the uninitiated and required viewing for longtime fans. This special presentation will run two hours, ending at 9 pm.