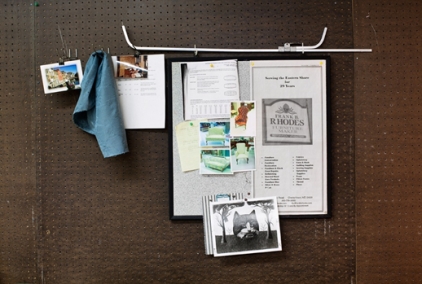 March 11 – Triple Canopy is a magazine based in New York. Since 2007, Triple Canopy has advanced a model for publication that encompasses digital works of art and literature, public conversations, exhibitions, and books. This model hinges on the development of publishing systems that incorporate networked forms of production and circulation. Working closely with artists, writers, technologists, and designers, Triple Canopy produces projects that demand considered reading and viewing. Last summer, as part of the MoMA PS1 exhibition EXPO 1: New York, Triple Canopy organized Speculations (“The Future is ________”), an installation and fifty-day series of presentations, discussions, and performances in which artists, writers, technologists, economists, academics, activists, and economists were invited to place speculative bets on the future. Triple Canopy’s resistance to the atomization of culture and efforts to enrich the public sphere through sustained inquiry and creative research, have set apart the magazine and earned it much recognition and praise. Most recently, Triple Canopy was selected to participate in the Whitney Museum of American Art’s 2014 Biennial, opening March 7. Such a distinction is unusual for a magazine, but comes as no surprise given Triple Canopy’s unbridled enthusiasm, intelligence, and confidence in its many endeavors at the intersection of visual art, literature, criticism, publishing, curating, and technology. For this Tuesday Evenings presentation, Triple Canopy editors Lucy Ives and Alexander Provan discuss Pointing Machines, the magazine’s project for the 2014 Whitney Biennial.