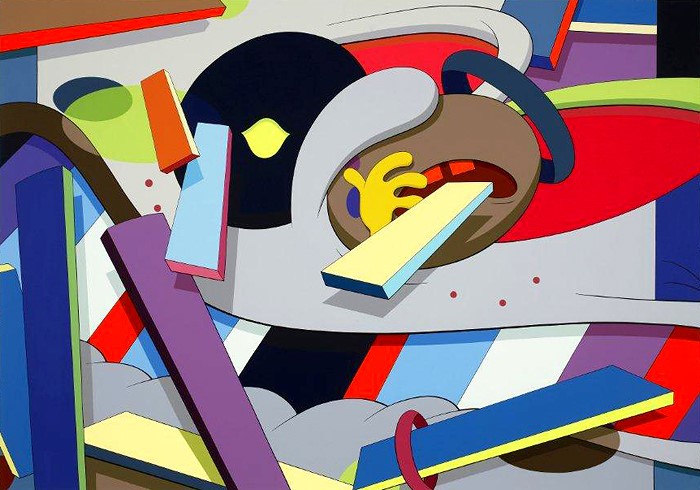 This week’s class began with a presentation in the lecture room. TAP program director Nathan Green presented a slide show of the work of KAWS. The talk stemmed from last week’s viewing of Where the End Starts, 2011, a KAWS painting the Modern acquired in 2012. The presentation familiarized the T/AP students with KAWS’s entire career, but specifically focused on interventions the artist made onto advertisements and billboards in the late 1990s in New York City. 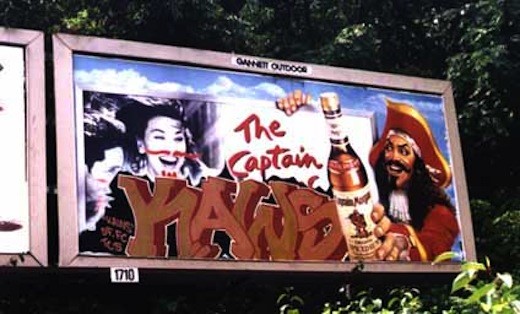 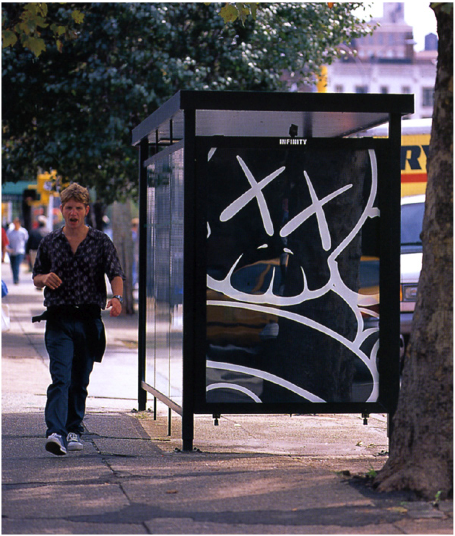 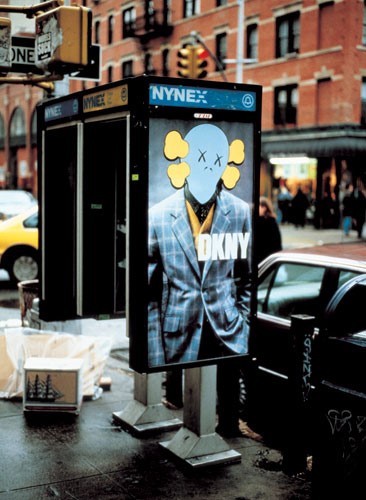 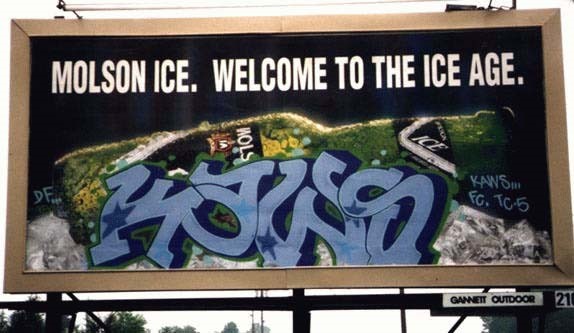 In these works, KAWS comingled his imagery into highly visible public advertisements. His method was thoughtful and clever; rather than obliterating the entire advertisement, he carefully placed lettering, usually his tag KAWS, or characters he developed seamlessly into the ad. Nathan stressed to the students how sensitive the artist had to be to successfully create these works. Color, composition, tone, and scale all had to be taken into account so that KAWS’s interventions did not overpower the underlying imagery and text, but beautifully complemented it.

After a brief discussion following the presentation, students headed to the studio. Each teen chose one printed poster out of a variety of 11 x 17 inch prints. These images were blown-up advertisements found in Elle, InStyle, and Vogue. Students were instructed to use either paint or markers to interact with the advertisement using their “tag” or symbol created last class period. 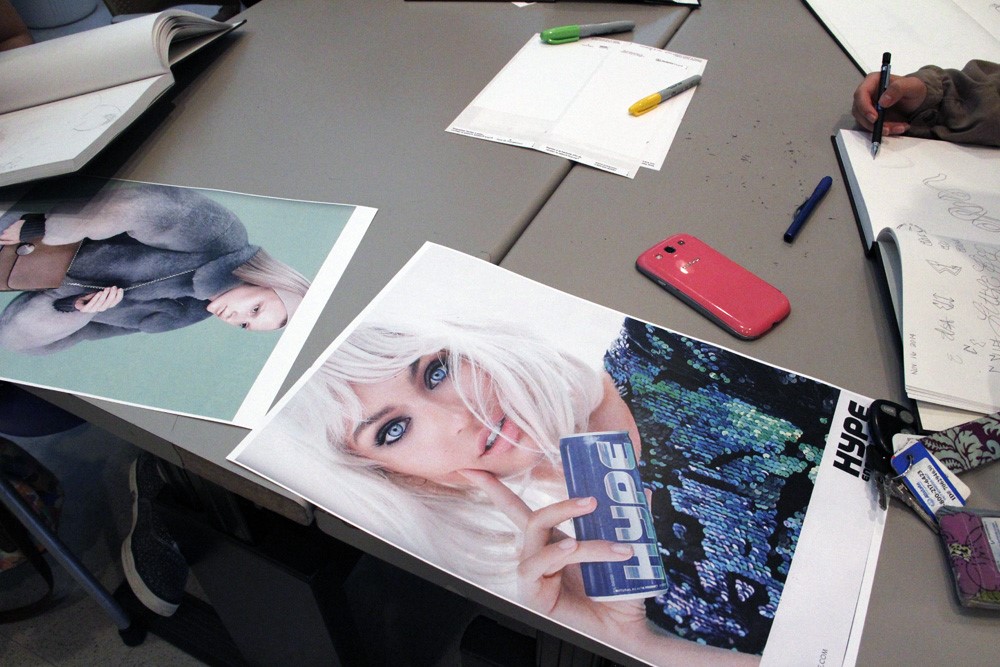 Each student selected the preprinted ad and medium of their choice. The project took much thought, concentration, and time. They started by working out ideas in their sketchbooks before altering the posters. Throughout the class, students received advice from Carlos Donjuan, Nathan, T/AP interns, and each other. 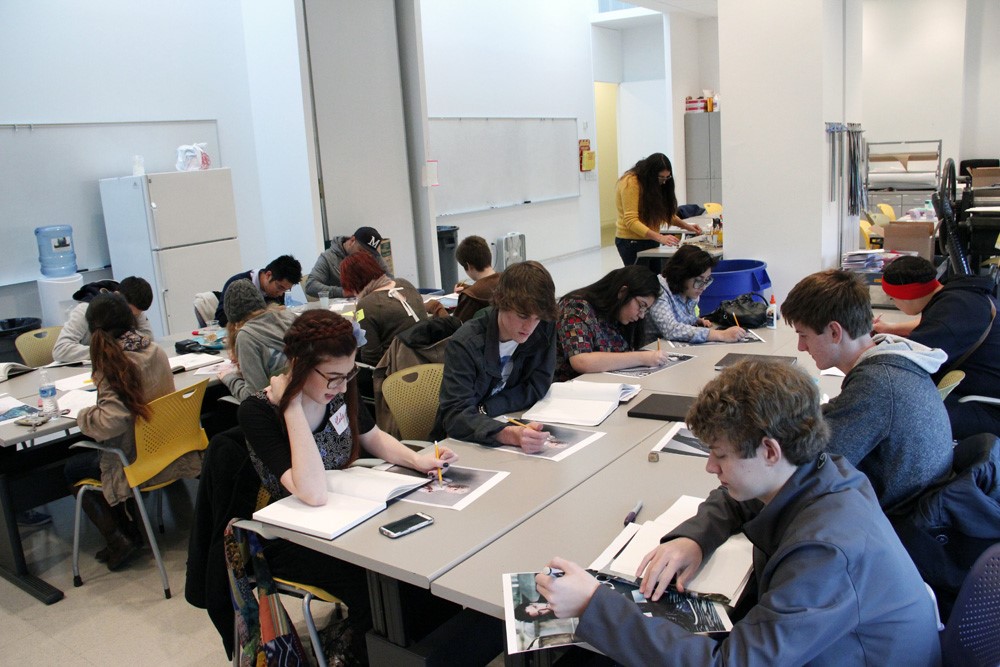 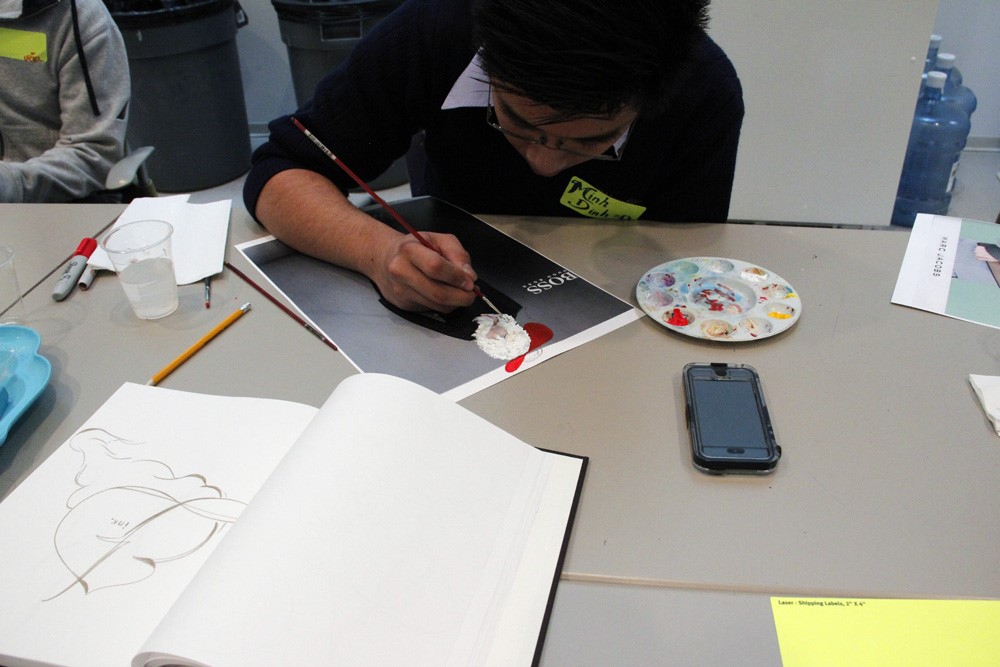 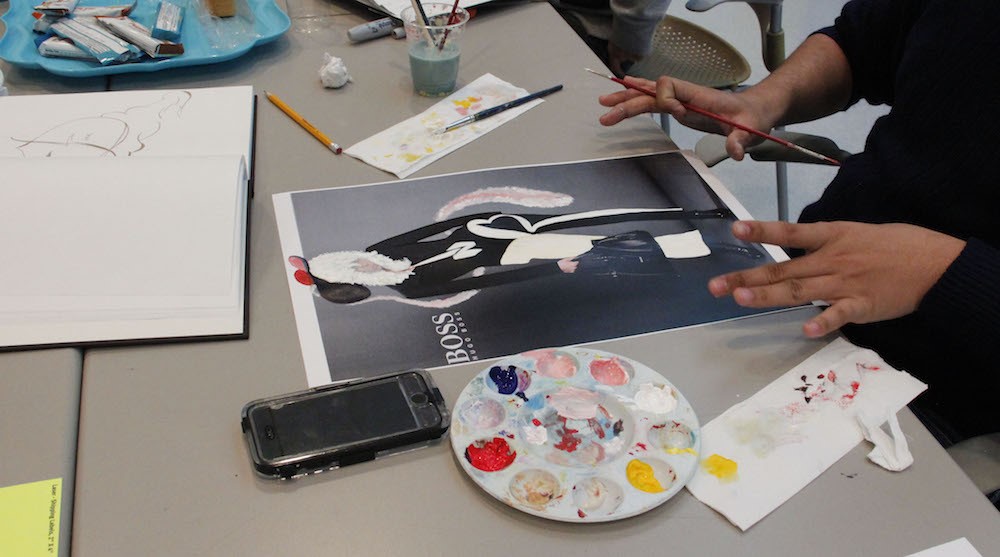 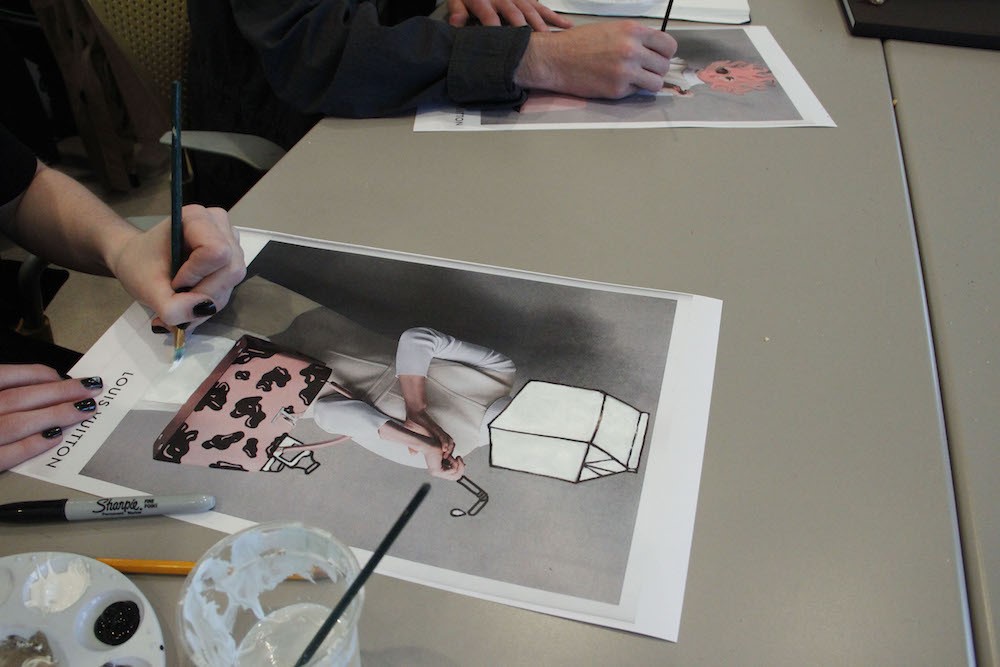 By the conclusion of the day, every advertisement artwork was finished. Each was unique and personal to the creator. The class ended with a 15-minute group critique. The works were displayed, and each student shared experiences and insights with the class.